On Tuesday, June 2nd a Tropic Air vessel (Cessna 182: V3-HHT) flying to Roatan, Honduras experienced engine malfunctions that resulted in its crash landing within the Lighthouse Reef Atoll. While none of those onboard were seriously injured in the accident, one of the passages has detailed his experience as quite harrowing. The initial reports stated that Belize Coast Guard (BCG) and Belize Audubon Society personnel rescued the pilot and two passengers at the crash site. But according to this passenger’s account it wasn’t so, as all three on board (including the pilot) had to swim miles in inclement weather conditions before being rescued. 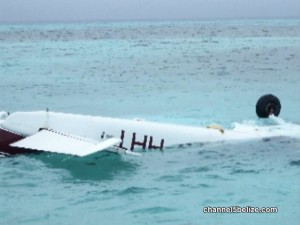 The plane started experiencing problems shortly after taking off from Philip Goldson International Airport (PGIA) at around 4:30PM. Senior pilot Denfield Borland managed to make an emergency landing in a shallow area near Half Moon Caye. Also onboard the flight was American National Arthur Rogiers and Honduran National Eddie Bodden.
Rogiers, who had been vacationing on Ambergris Caye, indicated to the media that events following the crash was not as the BCG indicated. “While it is true that the coast guard did recover us from the wildlife sanctuary and island near the crash site-the recovery did not take place 20 minutes after the crash landing, nor was the recovery at the actual crash site. After surviving the crash landing the pilot -who ultimately pulled the two of us out of the aircraft as we had difficulties opening the passenger door as the plane was submerged and upside down- informed us that we would all need to swim to the island where the Belize Audubon Society was stationed. This was approximately three miles away from our crash site, according to the pilot himself. At this time we encountered increasingly poor weather; torrential rain and driving wind. As all three of us had no major injuries from the impact, were in good health and good swimmers (myself a former competitive swimmer and lifeguard), the pilot retrieved and inflated our safety raft. The safety raft, we mutually agreed, would be better suited to carry our belongings/suitcases/travel documents. The pilot informed us that the current would take us out to sea if we got into the raft and that if we swam with the raft-guiding and towing it-we would have a better chance of reaching the only island in which we could get help. Upon checking that each of us was indeed ok, not injured and fit to swim-we began our next journey to the island in the elements,” said Rogiers. 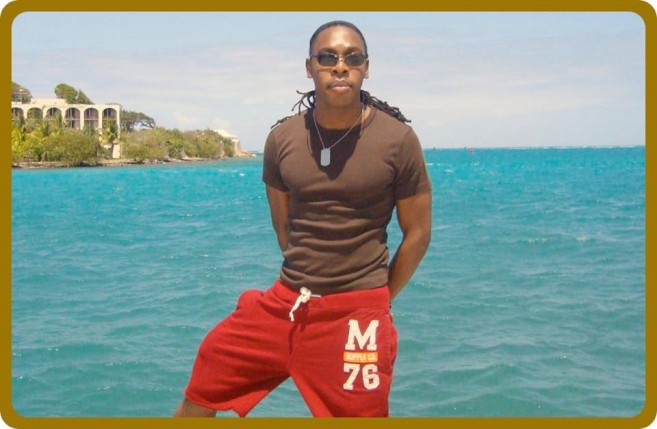 He continued explaining the treacherous journey the three men endured in order to be rescued. “We swam across the channel opposing the current in order to avoid being swept out to sea. Numerous patches of coral reef along the way gave us momentary rest while simultaneously creating injury. We (myself first, leading the raft) climbed and crawled over and through these coral patches that stretched along the way between our crash site and the island. As we touched and climbed over these patches with our raft, we endured many deep cuts and scrapes in our effort to get past them and back into open water to swim. We encountered this at least four times; although at the time we did not realize how damaging the coral was due to our adrenaline rush and survival instincts. We would only later realize the extent of our wounds. At the point in which we arrived on the island shore I heard a little fishing boat powering up and leaving the dock. All of us eventually noticed the boat and waved to get its attention. In less than three minutes we got their attention and [the guards] came over to attend and greet us. These people/guards stationed at this island were the first people we encountered. By now our three mile swim to the island in the rain storm was complete. The men thankfully and gracefully took us in where we were able to collect ourselves, rest and reflect on what had happened. The pilot began to use the guards’ radio to make his initial calls to coast guard and/or aviation authorities to report our new position and status to them. It is my understanding that during this moment that the coast guard was dispatched to retrieve us-as we were now safe, on land, fully accounted for and position confirmed,” said Rogiers.
Director of Civil Aviation, Lindsay Garbutt, has indicated that investigations are ongoing into the incident. “We are going through an extremely thorough investigation. This accident took place, as you know, at Lighthouse Reef, Half Moon Caye. The airplane is in the water so there is a process that we are looking at now how we salvage this airplane so we can begin that part of our investigation. We are working with the Department of the Environment to make sure that the removal causes as little or no damage as possible to the environment. Once that is done the plane is brought to Belize City and the department then goes through a careful investigation. We are in contact with the manufacturers and whatever it is that we need to do in terms of the engine so we can get a thorough knowledge of exactly what occurred,” said Garbutt. 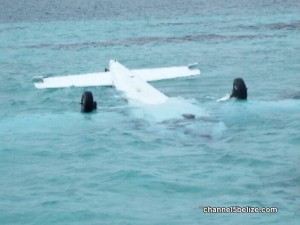 Garbutt also indicated that there were conflicting reports on the incident and that the department is looking into it. “Based on the information we got there was confliction. But like I say, we cannot afford, to just listen to what the pilot or the passengers said. Our responsibility is to look at the factors or the information that we get after we look at the engines, then we put that along with what the witnesses say and then we come up with some sort of a report. We think the pilot did an excellent job of bringing that plane down. His passengers were safe, they were taken out of the plane and they swam to an island,” said Garbutt.
The passengers and pilot were brought to the mainland the following day on Wednesday, June 3rd. “We were escorted out to the receiving dock to meet the Coast Guard speedboat in the night as they greeted us. We were told they had received orders to take us to Blackbird resort/island. We later arrived at the resort, still in pouring rain, where we were graciously taken in by the manager and assigned rooms for the night. Tropic Air arranged a trip back to Belize City the next day. Upon arrival on the tarmac we were met by Tropic Air officials who were very concerned and helpful to us. We soon commenced a roughly two hour period of processing in which we were carefully attended to; filling out paperwork and rebooked on new flights to our various destinations. During that time we were interviewed by the Civil Aviation Authority,” said Rogiers. “I want to stress for the record my commendation of the pilot’s efforts, skills and choices in the plane crash. While Bodden and I were quite skilled and composed with quick reactions during and after the crash, the reality is that Delfield literally pulled us out of the submerged aircraft that we were both struggling to get out of. For that, and for his decision to ditch the plane where he did-and in the manner in which he did, I will forever be grateful and sing his praises.”