Several areas in Belize remain under water, as a Tropical Depression has brought much rain to the southern Mexico and western Central American region. The inclement weather has been battering the northern region of Belize as of late Friday, October 16th, leaving severe flooding in its wake. The National Emergency Management Organization (NEMO) has since been mobilized and is assisting those most affected. As Tropical Depression 2 moves out of the region, meteorologists expect that its low pressure will gradually become better organized and will evolve into the next named tropical storm by Thursday, October 22nd. 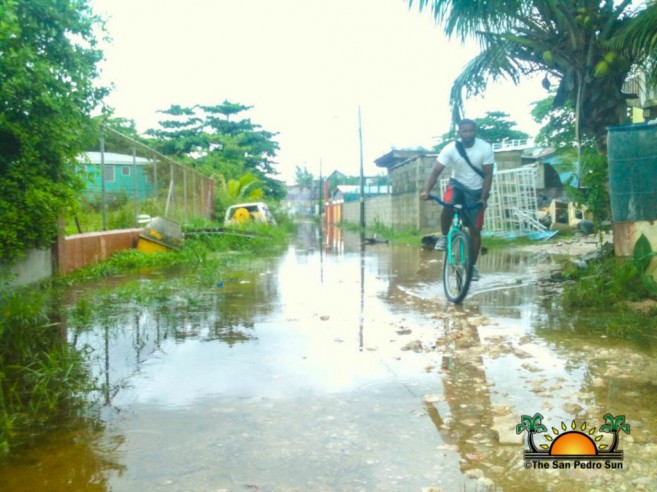 Here in San Pedro, the weather primarily affected the San Mateo, Boca del Rio, San Juan, San Pedrito, San Pablo and DFC area. According to the San Pedro Emergency Operations Committee (EOC) a family of three were evacuated from the San Mateo Area and sheltered at the San Pedro High School (SPHS) until the water receded from their home.The SPHS was opened as the designated flood shelter for all individuals seeking refuge. In an effort to scope out the situation on the island, NEMO personnel along with the San Pedro Town Council and volunteers conducted several tours across the island to identify possible residents in need of help. The EOC also observed severe beach erosion along the eastern beach coastline of the island.

But the main brunt of the force was experienced in Belize City. As of Saturday, October 17th, the old capital started experiencing extreme flooding, and as of press time, certain areas remain under water. On Sunday, October 18th, at 1:30PM, Prime Minister Dean Barrow and NEMO held a joint press conference to address the issue. At the conference, NEMO reiterated that even though there is extensive flooding, conditions are not expected to reach a state of emergency of disaster. As such, there were no massive evacuations, nevertheless NEMO facilitated the relocation of affected residents to temporary shelters. 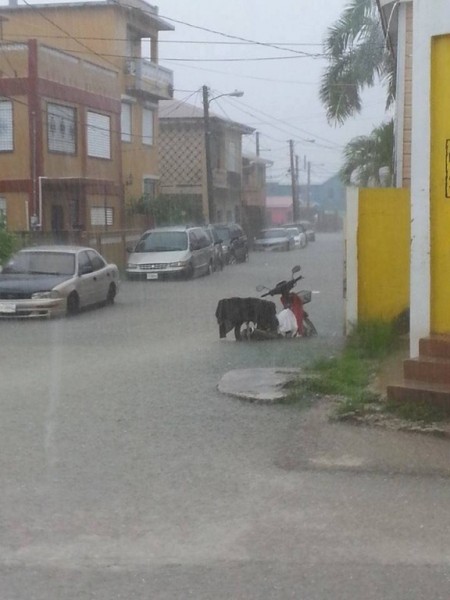 Main safety issues included improper electrical connections. “In separate instances over the weekend in Belize City, lives were put at risk: a house was extensively damaged and there was an avoidable power outage due to these unsafe electrical connections,” stated the Belize Electrical Service in a press release. Some of the incidents included live wire connection being immersed in water on the ground, causing a short circuit which led to a fire that damaged the property and threatened the lives of those in the immediate area on Saturday, October 17th. It was also reported that a 6-year-old child was injured as a result of a failed electrical meter after a house collapsed due to the flooding. BEL took immediate action, and was forced to disconnect power supply to several areas in Belize City which had exposed live wires laying in the flooded waters, endangering the lives of residents through electrocution. 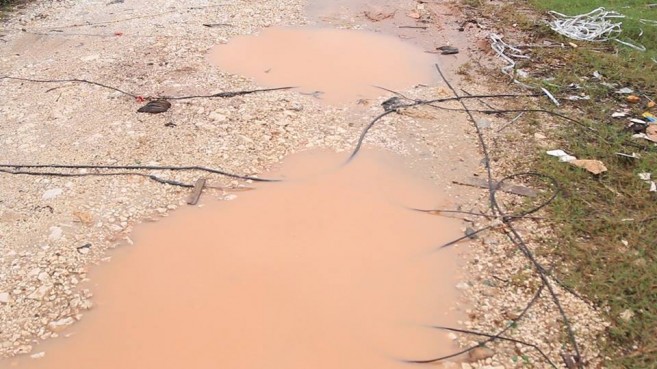 “Illegal and improper electrical connections exist in several communities countrywide. Since 2014, BEL has been working with the police to encourage residents of these communities to stop the risky and unsafe practice of illegally connecting to power lines. At the same time, BEL personnel have been going into these communities and informing residents that they can be safely connected to our electricity system through the Connecting Homes, Improving Lives (CHIL) Program. Under the CHIL Program, low-income residents may qualify for the installation of a free service entrance, which will allow their homes to be properly connected for power supply. Along with the CHIL Program, BEL has a Golden Citizen Program where it pays the monthly bill for senior citizens who are struggling to make their monthly payments. Hundreds of households have been connected countrywide and BEL has plans to connect more households as long as the necessary infrastructures are in place to do so. BEL is seeking the support of both the authorities and the general public to assist in raising awareness of the dangers of illegal power connections and promoting the services we have in place to provide universal access to electricity,” says BEL. The public is asked to take the necessary precautions when it comes to electrical wiring while flooding affects several communities due to the heavy rainfall across the country. 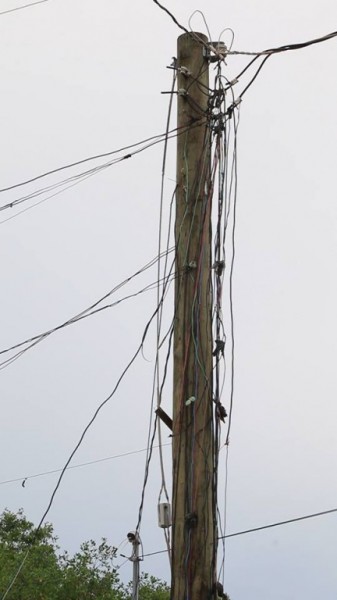 The flooding situation can also cause health concerns, as stagnant water can harbor diseases and be a hotbed of parasites. The Ministry of Health warned all affected residents to try their utmost to remain dry and avoid contact with the flooded water and mud. Parents were asked to ensure that their children do not play in the flooded areas as they could contract diseases such as diarrhea and Hepatitis A. The flooding also causes increase breeding grounds for mosquitos which can result in Dengue, Chikungunya and Malaria. Everyone is asked to ensure their areas are kept as clean as possible in order to prevent illness. NEMO is also monitoring downstream flooding. “Even though the weather is improving in some parts of the country, the main concern is the water that’s heading downriver, which is likely to cause the Mopan and Belize Rivers to flood,” said NEMO.

The weather condition caused the cancelation of classes for schools in the Corozal, Orange Walk and Belize District, including San Pedro and Caye Caulker. Transportation to and from the islands was also affected, as the Municipal Airstrip was temporarily closed and water taxis were not running on Sunday. Up to date, services are back to normal and with weather conditions improving, it is expected that water levels will recede.

PM Barrow has indicated that the cleanup and reconstruction efforts will start as soon as the waters recede. All Belizeans are asked to assist one another in this moment of crisis. Residents are also encouraged to remain vigilant of weather forecasts for the latest developments and weather conditions.
In case of emergencies, island residents can contact District Emergency Coordinator at NEMO, Jeromey Timrose Augustin Cayetano at 600-8672 or email [email protected]