After a blazing June 26th fire affected San Pedro, dozens of families, individuals, and businesses were left without basic necessities and commodities. Public donations were raised on Reef Radio/TV via a telethon, amounting to $247,778.77, and on Tuesday, August 9th, the fire victims gathered at the San Pedro Lions Den to receive their relief grant. 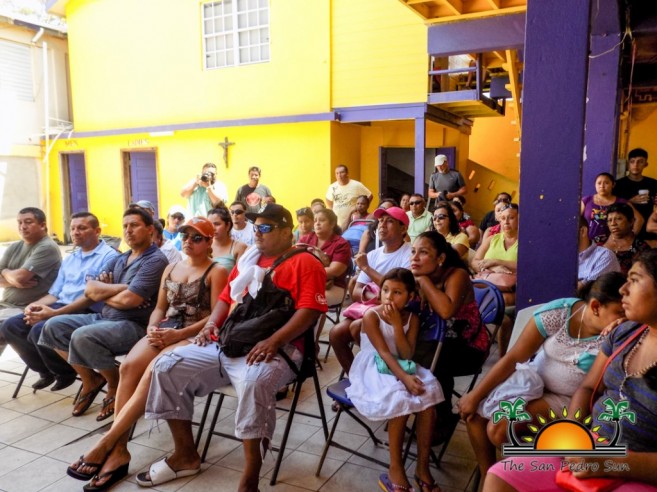 The telethon has been called the biggest fundraiser in San Pedro history, and Eiden Salazar of Reef Radio/TV stated that two more donations are still pending, which will allow the figures to increase to $260,000. Since the deadline to collect funds was set for Sunday, July 31st, a final assessment meeting took place to discuss the method and formula of the distribution of money. 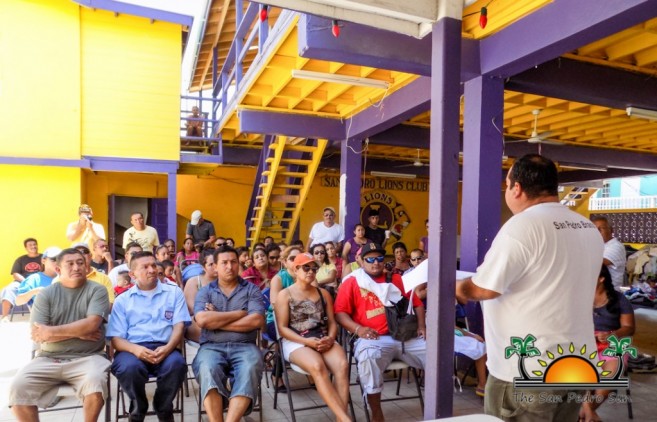 Before the disbursement of funds, Salazar clarified to the victims that funds will be distributed among building owners, business owners, and renters. According to Salazar, the fire committee agreed to use the same formula that was used with the Boca del Rio fire that occurred in July 2014. He also mentioned that the assessment revealed a total financial loss of $2.1 million dollars.
“Of course, you see $260,000 and think that is a lot of money. If I lost $10,000, I must receive back $10,000, and that’s not the case. We looked at family by family, and case by case to see what portion to give them, as well as those who own the building. A percentage will also go to those who were renting. We opted to use the same criteria that was used in the Boca del Rio fire,” said Salazar. 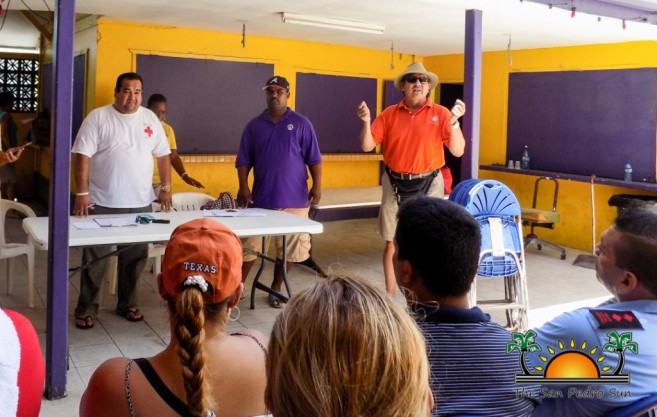 “To those who were pretty much upset and going to the media, you are putting in jeopardy a system that has been in place that only works in San Pedro. Here, we come together as one entity and we unite and we help each other. When you go to the media and you complain, having them sensationalizing what is being done, you are putting the system in jeopardy,” said Salazar. 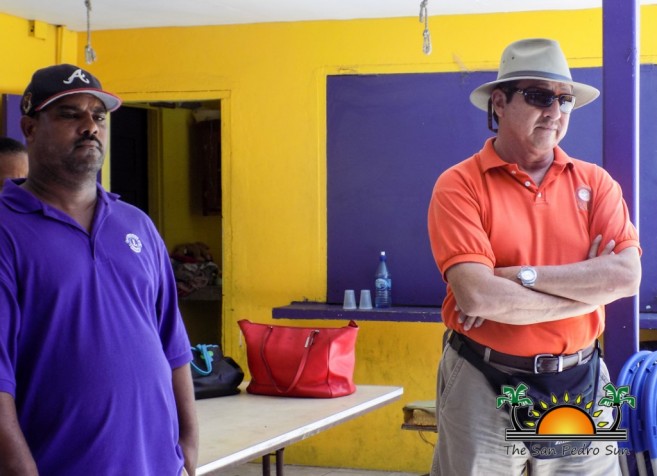 Lions President Nigel Belisle made a brief address, and reviewed how hard the San Pedro Lions Club worked and dedicated their time to assist all of the fire victims. Through the supportive help of over 20 organizations, with the National Emergency Management Organization (NEMO) and the San Pedro Lions Club being the main advocates, the victims of the fire were treated like family. Donations of clothing, mattresses, food baskets, butane gas tanks, and other relief efforts were issued to the victims to help cope with their loss. 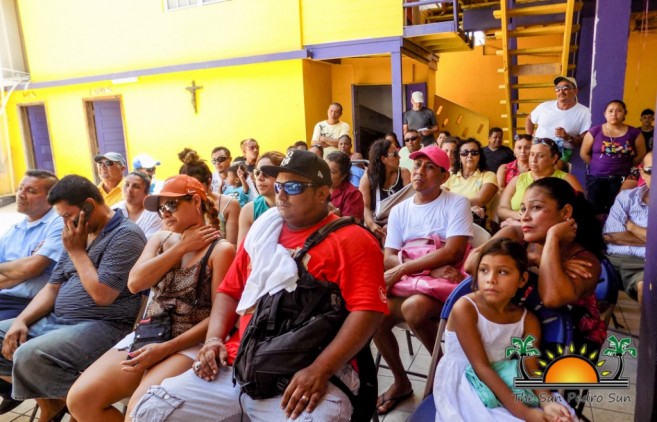 Mayor Daniel Guerrero also gave a few words about the tremendous effort from all volunteers, the community, and people abroad. “I think with the San Pedro Town Council, the EOC, and Lions Club, we have done a great job with the fire,” ended Mayor Guerrero.
Fire victims were then asked to form lines to receive their checks. Fire victims who may have any questions or concerns, are asked to please contact Eiden Salazar or Nigel Belisle in private.