After extensive investigation by the Belize Port Authority (BPA), San Pedro Resident Captain Carlos Franco has been found liable for the June 14th boat accident involving a tourist minor. The accident happened near a beach resort south of San Pedro Town where the minor sustained deep cut wounds to her face after being ran over by the boat. As a result, Franco will be facing court actions for negligence and for operating his vessel undermanned near a residential/hotel area. 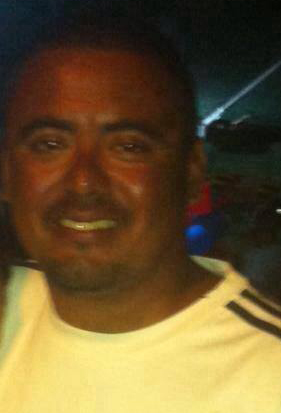 At the time of the accident, the 15-year-old female minor and her 47-year-old father Scott Carr, had only been on the island for one day. They took a kayak out to sea for some snorkelling and adventure, when shortly after, Franco’s boat collided with the minor. The vessel was a white skiff named ‘Phanny,’ with serial number CVL-0325, equipped with a 200-horse power engine. The collision fractured the teenager’s jaw and caused injuries to her legs and hands as well. After being treated at the Dr. Otto Rodriguez San Pedro Polyclinic II and a medical centre in Belize City, she was flown out of the country two days after the incident.
According to the statement provided by the BPA, it was revealed that the vessel Phanny was the sole boat in the area when the accident took place. It further stated that the captain was not cautious enough and to support this allegation, the law was quoted. “So to navigate such boat as to avoid collision with or injury to any ship or person present in, on, or under the water in the area occupied by or disturbed by the said boat was not carried out and neither did ‘he’ navigate such boat with due care and consideration for other persons having in regard to the prevailing conditions,” end quote.
Another factor believed to have contributed to the accident was the fact that the vessel did not have a crew, thus, the captain was the only person in the boat, and was unable to maintain a proper look out. The statement from the BPA also emphasized that the law places responsibility on the captain of any vessel to always be on alert and maintain a proper look out.
The official report will be forwarded to the Department of Public Prosecutions where a summons will be prepared for the accused. According to the BPA, the fact that Franco did violate the law, will give the prosecutor ample evidence to lay charges on him.
In the meantime, the BPA will seek recommendations in order to advise kayakers who usually engage in leisure activities where the water space is busy. San Pedro was highlighted as an area with heavy boat traffic, particularly on its eastern coastline. Kayakers are advised to refrain from heading out to sea or even swim in busy areas without proper advice from local authorities, or resort personnel, if they are staying at a hotel.