Former Minister of State in the Ministry of Immigration, 45-year-old Elvin Penner is out on bail after he was arraigned at the San Ignacio Magistrate Court for manslaughter by negligence, and causing the death of Unitedville resident 41-year-old Kenrick Myvette on Friday, June 23rd. Penner was driving his Sports Utility Vehicle around 7PM heading to San Ignacio Town, while Myvette was travelling on his motorcycle in the opposite direction when the collision took place on the stretch of road in front of Running W Meats at mile 62 on the George Price Highway. 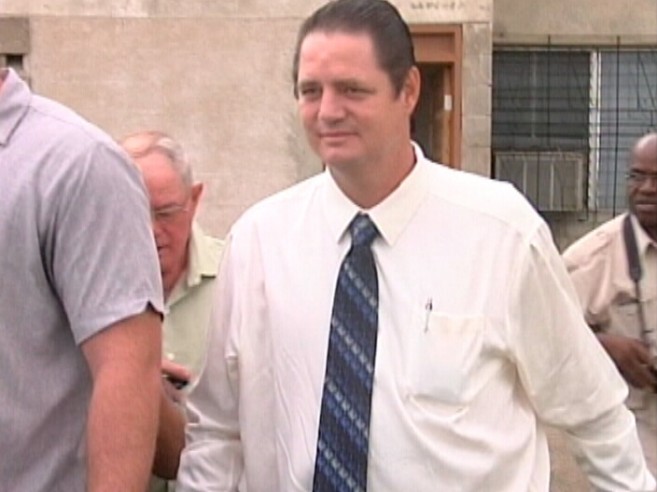 At his court appearance on Tuesday, June 27th, Penner accepted responsibility, but indicated that he did not see Myvette at the time of the accident. However, according to the information provided by police Penner attempted to overtake another vehicle and when he was in the process of doing so, there was a red and black motorcycle approaching from the opposite direction. When he saw it, Penner reportedly swerved to the right, to avoid colliding with it, but his vehicle still hit the motorcycle. “I could not be more saddened by the fact that a person has died, a family has lost their loved one. A beautiful young girl is left without a father and a common-law wife is now without a husband, “said Penner. “I can only imagine what they are going through.” Penner said that at the point of the accident, he immediately called 911 for ambulatory and police assistance from San Ignacio Town. But it was the Spanish Lookout ambulance that rushed Myvette to the Western Regional Hospital. 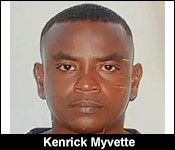 Myvette, who was a security guard at the University of Belize’s Central Farm campus sustained severe head and body injuries when he was hit by the left front side of Penner’s vehicle. After being transported to the Western Regional Hospital, he was taken to Belize City’s Karl Heusner Memorial Hospital, where he died while receiving treatment on Saturday, June 24th.
Myvette’s family is devastated and disturbed by the fact that after the accident took place, Penner allegedly called them indicating that Myvette was in good condition. According to the victim’s sister, Brenda Pilgrim, Penner tried to comfort them with false hopes. “He told the family, don’t worry about nothing. Nothing bad happen to him, he just get a few scratches,” she recollected. Pilgrim stated that at the time of the incident, Myvette was heading back home from San Ignacio after collecting his salary and purchasing groceries for his three-year-old daughter.
Penner claims that he is in touch with the family and has offered to assist them. “I have been; whenever I have been able to assist them, and so far, my communication with them has been very positive. I think they understand that it was an accident. I still can’t believe why it happened,” said Penner.
Myvette’s family wants justice and are sceptical about it given Penner’s status. “Same way we feel, he needs to feel. We do not mean it in a bad way, but by the law.” The family expects the law to do its job, and made it clear that they would not accept an out-of- court settlement from Penner.
Penner is scheduled to return to court on October 27th. Despite a request made by the prosecutor, Penner’s travel documents were not taken away, and instead he was instructed to notify the court whenever he plans on leaving the country.