Juan Chi’s home was destroyed on December 25, 2018, and investigators have yet to determine the cause. Meanwhile, the Chi family is still in need of assistance to rebuild their home south of San Pedro Town. Around mid-day, while Chi was inside with his three grandchildren, ages 3, 4, and 5, the home caught fire. He and his grandchildren are staying with family members as he recovers from first degree burns to his back and left forearm suffered during the blaze. 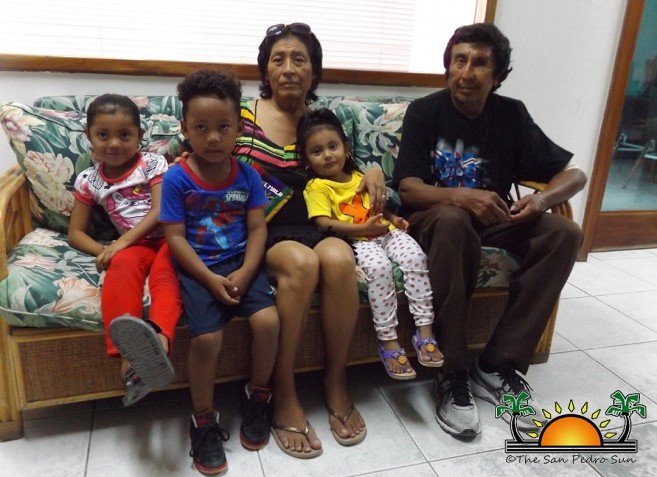 The official report states that the fire began on the eastern side of the building, where the stove was located. Chi ran out of the house seeking assistance, and then went back inside to battle the blaze. He was taken to the Dr. Otto Rodriguez San Pedro Polyclinic II, where his injuries were treated and was released the same day. Even though island firefighters rushed to the scene, they could not salvage the house. Up to press time, the investigation continues.
Chi spoke with The San Pedro Sun, and he believes the fire started as a result of an electrical short circuit. “I was not cooking, so the fire could not have started from the stove,” he said. “But I believe it was from the breaker box in the bedroom.” He stated that when he was washing his hands in the bathroom, he suddenly felt the heat, and upon inspecting the bedroom, he saw that two bunk beds were ablaze. The fire quickly spread and while trying to salvage some of his belongings and protecting his young grandchildren, he sustained burns on his back and arm.

The family is glad that the children were not injured and that Chi’s injuries are not life-threatening. They simply want to get back on their feet and start rebuilding their home. Chi is an employee at The San Pedro Town Council, and Mayor Daniel Guerrero has indicated that they will be assisting him with some materials. Chi works in the sanitation department.
In the meantime, if anyone would like to help the family, they can contact them by calling 631-5010. The primary items needed is material to build back their house, and school supplies for their grandchildren. Any help is greatly appreciated.