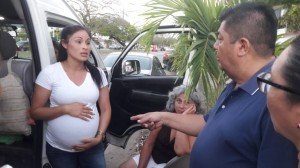 Islander and pilot Efrain Guerrero has been released from a Chetumal City jail in Quintana Roo, Mexico. On Monday, April 15th, he was accused of ‘poaching’, after he allegedly hit a jaguar with his vehicle while driving with his family from Cancun. The accusation has been refuted by Guerrero’s family, particularly his pregnant wife Tanisha Morales, who was traveling with him at the time of the incident. She explained that around 9PM, a jaguar, a protected species in Mexico, suddenly leaped onto the highway in front of them and Guerrero tried to manoeuvre out of the way. Morales claimed that the jaguar still got hit when a passenger bus right behind them ran over the animal. Guerrero was detained by Mexican authorities and an investigation was launched to determine if he was at fault. After being detained for approximately 48 hours he was released late on Wednesday, April 17th, under the condition that he must pay a fine to the Mexican Environmental authorities. The amount of the fine was not revealed.
Guerrero, who flies for Maya Island Air and resides in Corozal Town, is a born and raised San Pedrano. Friends and family told The San Pedro Sun that they are shocked at the accusations being laid on him, when it all appears to have been an accident. They hope that he can clear his name.
On Tuesday, April 16th, Guerrero’s wife gave an interview wherein she shared the details of the incident. According to her, they were returning from their vacation in Cancun and were driving towards Chetumal. Morales said that after entering a dark stretch of highway by an area known as Bacalar, they suddenly noticed an animal crossing the road and soon thereafter realized it was a jaguar. Morales stated that due to their speed and the fact that a passenger bus was trailing behind them, they could not abruptly stop the vehicle. “If he had hit the brakes, there was a chance that the vehicle could flip, and then there was the bus behind us that would have hit us from behind, so he tried his best to avoid the animal,” said Morales. She continued saying that her husband brought the vehicle to a stop a distance away from the incident to check on everyone in the vehicle. They were then approached by federal agents of the Mexican police, and Guerrero was taken into custody. Morales said that the police officers threatened them, insinuating that they were in big trouble. The police accused Guerrero of purposely killing the animal. At the police station, members of the environmental authorities further threatened Guerrero, telling him that he had committed a grave offence. Morales was not allowed to see her husband or to seek help from the Belizean Honorary Consul in Chetumal. It was after the intervention of the Embassy of Belize in Mexico that she was able to get information about her husband.
It is alleged that the Mexican authorities did not follow the protocols of legal assistance to the Guerrero, who they presumably tried to extort.
Morales further stated that when she finally received information about her husband, the Mexican police informed her that Guerrero was not under arrest, but later she was informed that he was been accused of poaching. “How can they say that he was hunting or poaching when he was driving a car. They did not find a weapon or a knife in the car to come up with such conclusion. This is so wrong and this is not the way to treat tourists,” said Morales. 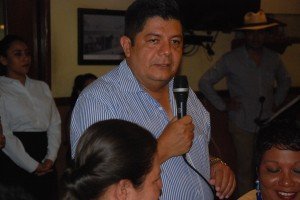 The San Pedro Sun reached out to the Honorary Consul in Chetumal, who was monitoring the situation. According to Consul Dr. Luis Montero, he provided consular assistance to Guerrero and ensured that his rights were respected. Around 10PM on Wednesday, April 17th, Montero informed The Sun that Guerrero had been released and is to pay a fine to the Environmental Department for the death of the jaguar.
The amount of the fine was made public, but Guerrero is expected to pay by next week, after the Easter Holidays.