The Belize Port Authority continues to investigate an explosion that occurred on Sunday, May 5th on a boat docked at the Ocean Ferry Water Taxi Boat Terminal in Belize City. The explosion took the lives of two young girls, eight-year-old Kimberly Melissa Guy, and ten-year-old Yamiri Yasmin Guy and injured several other persons. A gas leak has been reported to be the cause of the tragic incident which occurred when the boat captain throttled the engine. Also injured were the girls’ stepfather, Caye Caulker resident, 31-year-old Jaime Interiano, their mother Roseli Catch along with other passengers, including tourists. 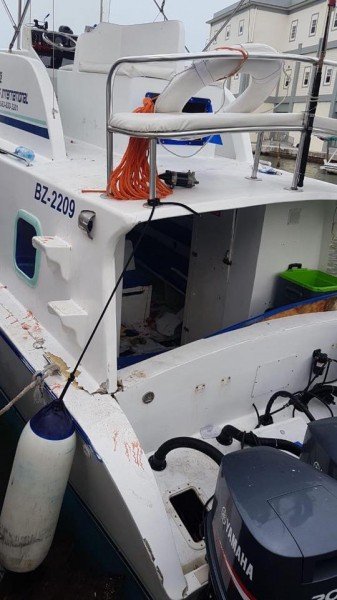 The incident occurred around 3PM on a boat that Ocean Ferry had rented from another company for a scheduled run. The boat was considered in good shape, as it is used for international routes between Belize and Chetumal, Mexico. According to Charles Young, Director of Ocean Ferry, the boat was routinely checked. Thus, they trusted that it was a safe vessel for their clients. The management of the company, which is going through financial issues and is in receivership with a local bank, laments the tragic incident and loss of lives and has been assisting the injured. In total 14 were injured with burns, two who were Canadian and US Nationals. Young added that his company had assisted everyone involved in the incident by covering their medical expenses and are working with the family who lost their children. Roseli was treated for minor injuries and released the same day. Interiano was severely burned and was not released from the Karl Heusner Memorial Hospital until Tuesday, May 7th.
Benisford Matura, Assistant Fire Chief explained that the boat had four 200 horse-power engines and in one of them, there was a build-up of gasoline. He suspects that caused a leak from either the fuel tank or the fuel line. “Fuel, especially gasoline, has a flammable range of 1.5% to 7.5%,” Matura explained. “Once the mixture of gasoline vapors are in the air at that range, any spark can trigger it off. That is what occurred in the stern of that boat.” Matura added that the explosion came from only one engine. If it had been from two or more engines, the magnitude of the explosion would have been catastrophic. The single explosion though, was still so powerful, that many of the injured passengers and the deceased were violently thrown from the boat.
Afren Guy, the father of the two little girls that perished in the explosion, traveled to Belize City on Monday, May 6th from Xaibe, Corozal. The heartbroken man is still in shock over his loss but is persevering for his surviving daughter. He indicated that he is glad that his ex-common law wife, Catch, is doing well after the incident. Guy and Catch’s third daughter, was not in the boat during the explosion. 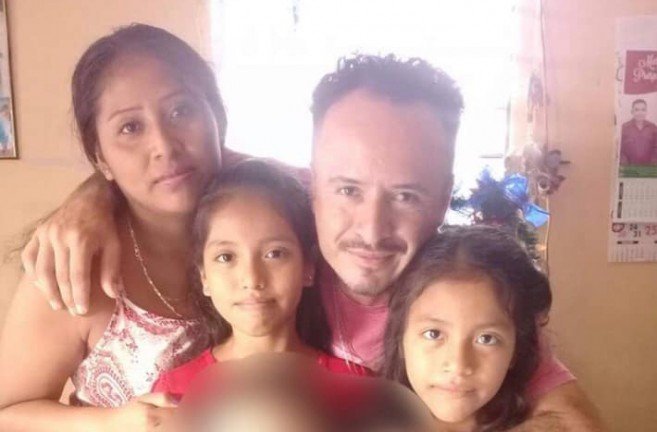 Following the tragic explosion, the Belize Fire Service believes that relevant authorities such as the Belize Port Authority and even the military should join efforts and look at what policies and procedures need to be put in place to avoid future incidents. The idea of a manifest was suggested, but the focus is to come up with the right rules for the safe operation of water taxi companies. These include vessel inspections and safety procedures when refueling boats.
The incident also garnered comments from the Prime Minister, Right Honourable Dean Barrow. His wife, the Special Envoy for Women and Children, Kim Simplis Barrow, also issued a statement extending her condolences to the family of the young deceased.

In Belize Rural South, the Area Representative and Minister of Tourism and Civil Aviation, Honourable Manuel Heredia Jr., also extended his condolences to the victims of the explosion via social media on Tuesday, May 7th. “The terrible accident that occurred on Sunday afternoon, which took the lives of two beautiful young girls, is one which has left an indelible mark of sorrow on our communities of San Pedro and Caye Caulker. Our islands thrive on the connectivity to the mainland which is made possible by the water-taxis, and this accident has made a painful impact on all of us. We grieve with the parents and family of these little girls, and we will pray for their tender souls. God grant them eternal rest,” the post read.
The San Pedro Sun contacted the Port Authority for an update on the status of the investigation, but as of press time, there was no update on the investigation.