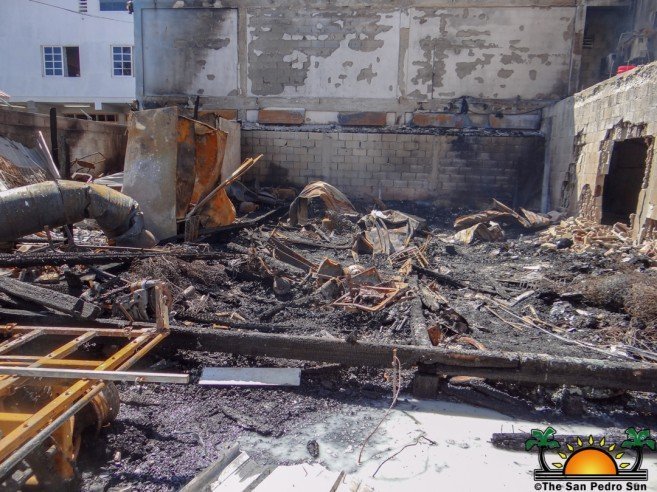 A fire, shortly after midnight on Independence Day, Saturday, September 21st, left one dead and ten families homeless in Caye Caulker Village. The blaze gutted a two-story commercial building housing a golf cart rental and apartments on Langosta Street. Most of the persons living in the building were out enjoying the fireworks, but on the first floor a gentleman, identified as Elmer Chuc  from the 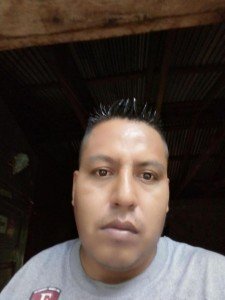 Corozal District, who worked at the golf cart rental, became trapped and died in the blaze. Despite the efforts of the island’s fire department and volunteers, the entire building and its items destroyed.

The word of a fire consuming a building right after the fireworks show had people rushing to Langosta Street desperately trying to help put it out. According to witnesses, the Caye Caulker Fire Department made it to the scene minutes after, but for some reason, the firefighters could not engage the water pump. The fire truck had 1,000 gallons of water they could not use. Volunteers then formed a bucket brigade to try to put out the fire that was out of control and threatening to spread to nearby structures.

Live power lines wiggled from the nearby light posts making it dangerous for the bucket brigade to get closer to the flames. Caye Caulker Village Council (CCVC) Chairlady Seleny Villanueva-Pott stated that she asked someone at the Belize Electricity Limited (BEL) office to shut off the power. “The gentleman explained to me that he has protocols in place. He needs to get directives from the central office, and they will direct to him in which phase to do it,” she said. According to her, this took almost 25 minutes, and when he cut the power, instead of only addressing the area of the fire, the whole island was without power. Pott said that this affected the water supply from Belize Water Services Limited. However, volunteers were able to get a portable pump and hoses and retract water from the nearby sea, while others found wells. After more than an hour, they contained the fire, but could not save the uninsured building. Two adjacent buildings’ exteriors were badly damaged.

According to National Fire Chief Collin Gillett, the fire truck failed when civilians tried to help the firefighters and, in the process, broke several levers on the truck, making it useless to combat the fire. He explained that there is a procedure to engage the water pump and activate the hoses, which was not properly followed out.

During the day, crews from BEL, and the National Fire Service began their investigations regarding the blaze. While cleaning the area, they discovered the charred body of Chuc under the rubble. Chuc was reportedly socializing with some friends, who invited him to go out and see the fireworks. However, Chuc decided to retire for the night. Minutes later the fire began, and he became trapped in the blaze. Speaking with the owner of the building Fidel Magaña, 16 persons were affected, including himself, who lived in the building. He shared that about five golf carts went up in smoke, three boat engines, and an assortment of tool and merchandise. He estimates the losses at over BZ$100,000. Magaña said that he too almost perished in the fire. “I was already in bed, and when the fire started, I think the smoke was already getting to me because I could not really get up from my bed. But a young guy grabbed me and took me out through a window, and that’s how I did not die in the fire,” he said. An emotional Magaña lamented Chuc’s death and said that he was a hardworking young man, who did not deserve to die in such a manner.

One of the tenants living on the upper floor of the building, Japy Perez told The San Pedro Sun, that his wife did not want to go out and see the fireworks. “I told her that it was Independence Day and that our young baby would enjoy the fireworks,” he said. Perez convinced his wife to go out and minutes after their home was in flames. “I am happy that we were out there. Imagine if I would not have taken them out with me, I don’t know, they could have died in the fire,” said Perez.

Due to the magnitude of the tragedy, the Caye Caulker Village Council has asked BEL to have additional personnel on the island, particularly linesmen. The company announced via a press release on Wednesday, September 25th that they are moving ahead with previous plans to permanently deploy a line crew to Caye Caulker in October 2019. In the meantime, both BEL and National Fire Service are conducting their respective investigations to find out the cause of the fire.

The fire victims promptly received assistance from the National Emergency Management Organization (NEMO) on Sunday, September 22nd when supplies were transported to the island with the help of Belize Defender Aircraft and a Belize Coast Guard vessel, arranged by NEMO Coordinator Colonel (Ret) Shelton Defour. The relief mission was led by NEMO Central Region Coordinator Al Westby and Belize Rural South Coordinator Vanessa Parham, who was also assisted by NEMO Belmopan Assistant Coordinator Dalton Eiley. The supplies were handed over at the hall of the CCVC in the presence of Chairlady Pott, Area Representative Honourable Manuel Heredia Jr., and the rest of the NEMO staff. The relief mission also saw supplies such as mattresses transported from the NEMO branch in San Pedro Town. The San Pedro Fire Department, Customs, and the Belize Coast Guard assisted in the transportation of these to Caye Caulker. Furthermore, the fire victims will receive housing assistance and food baskets for the next two months by the Department of Human Development.

Help also came from San Pedro, where the community rallied to collect aid for the fire victims. Donations, including hygienic kits, shoes, clothing, and food collected at the Hope Haven Shelter on Lion Street were delivered to NEMO and distributed to the fire victims in Caye Caulker on Tuesday, September 24th.

The Hope Haven Shelter will continue to accept donations for the fire victims or items can be dropped at the Caye Caulker Community Centre between 9AM and 5PM.