On Wednesday, June 2nd, reports that a person had been snatched by a crocodile in the San Pedrito area mobilized a search and rescue team to the lagoon side of the island. Triple R, Belize Coast Guard, police, ACES Wildlife Rescue, and volunteers scoured the nearby waters and mangroves for the crocodile and the victim. After several hours, the team ended the search for the day without locating the supposed victim or any signs suggesting that a crocodile attacked someone.

The incident reportedly took place after 1PM in the lagoon area by San Pedrito. A deaf-mute male sounded the alarm that a crocodile had snatched someone. According to reports, he first described the person as a minor, then as an adult, and explained that the apparent victim was on a kayak and wore a red shirt.

Triple R had their ambulance at the ready in case the search someone was found injured. Several boats spread out as they searched the area, but they could not find any trace suggesting an attack had occurred after several hours. Later in the day, drones were flown over the area, but the live images did not produce signs of the reported missing person.

The search was called off after 5PM, but members from the ACES team plan to return to take another look in the area. Although there are raising suspicions of a false alarm, the search and rescue team wants to continue searching when they resume this evening. 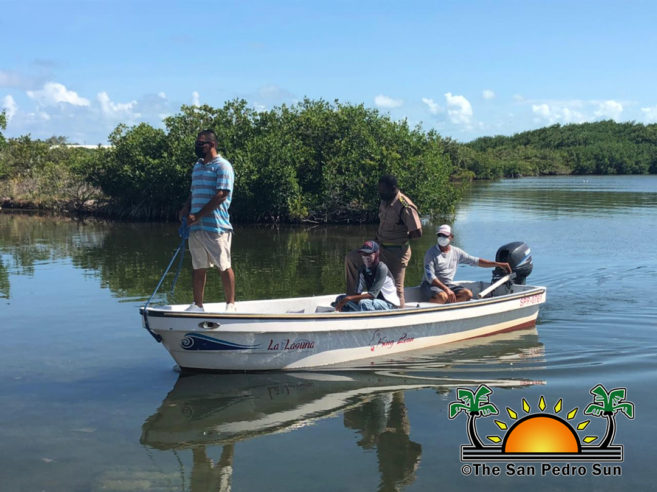 This behavior is rare in crocodiles. One suggestion is that persons may be feeding these animals or improperly discarding their rubbish in the lagoon. This attracts crocodiles, who then begin to associate humans with food. The public is reminded that feeding crocodiles is illegal and killing them is also against the law as they are an internationally protected species. The best way to avoid an encounter with crocodiles is to secure your yard/fences if you live near water bodies, like the lagoon, and properly dispose of garbage and keep areas near houses clean.