Island Catholics joined the celebration of Dia de la Cruz, on Wednesday, May 3rd at the San Pedro House of Culture (SPHC), coinciding with the ending of the novenas. The event is also known as the feast of the Holy Cross, and is one of the important symbols in the Catholic religion. It represents the Father, the Son and the Holy Spirit, which according to Catholisism were on the cross where Jesus Christ died.

A large group attended the event, and shortly after 7PM, Guillermo ‘Mito’ Paz from the SPHC welcomed every one. He gave a brief history of the occasion, emphasizing that it has been a long-time tradition on the island brought from Mexico. He also mentioned that it is a very old, religious event, which began in the 1400’s after the Byzantine Empress Saint Helena was looking for the cross on which Jesus Christ died. According to Paz, it is believed that anyone who touched the cross would be healed of any illnesses or badness. 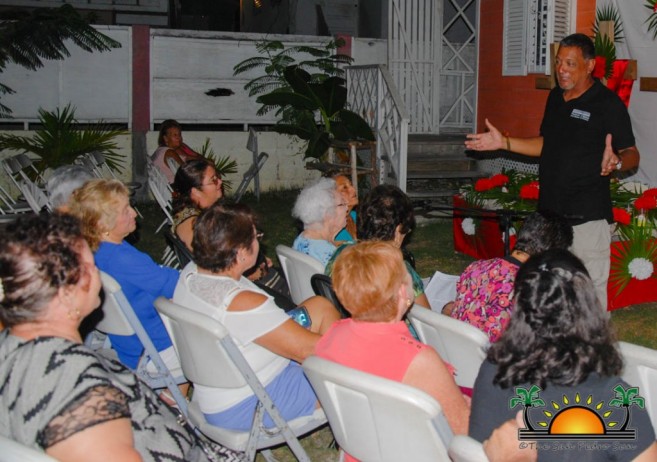 After the short introduction, singing and praying followed. Afterwards attendees were invited inside the House of Culture where an exhibit, along with an altar were on display. The celebration then continued with drinks, snacks and live music.

The SPHC thanks everyone who attending and those who made the event possible. They continue to be dedicated to the promotion and revival of all cultural traditions on Ambergris Caye.

Preschoolers shine for Festival of Arts in Ambergris Caye