The San Pedro Branch of the National Garifuna Council has prepared and released their calendar of events leading up to the Garifuna Settlement Day to be celebrated on November 19th. The different activities organized in collaboration with the local authorities via the San Pedro Cultural Committee. This year, the national celebration is being held under the theme ‘Lidan Nei Uarani Awanseruni… Mabuleida Wamei-Progress Lies in Unity… Always Remember it.’ 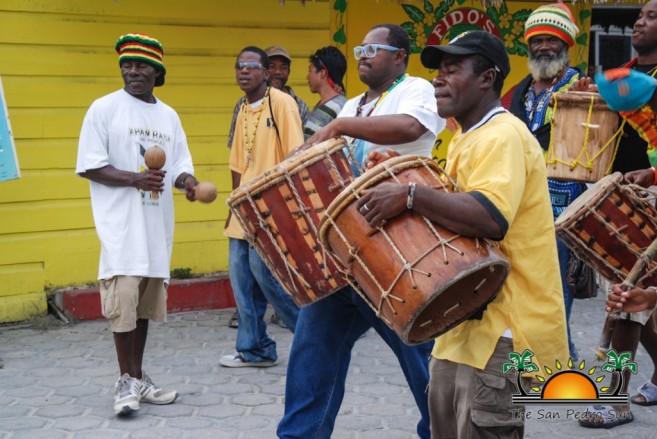 The events between November 4th, and November 12th, include the sale of traditional Garifuna food, drumming, and even a fashion show on the 11th of November. There will also be a Garifuna Mass on November 12th, starting at 10AM inside the Catholic Church. The other events will be taking place at the Central Park.
November 13th to the 18th is Cultural Awareness Week, events include presentations at the various island schools. Students are asked to participate in Cultural Dress every Friday until November 19th, by wearing yellow, black and white outfits, which are the Garifuna traditional colours. 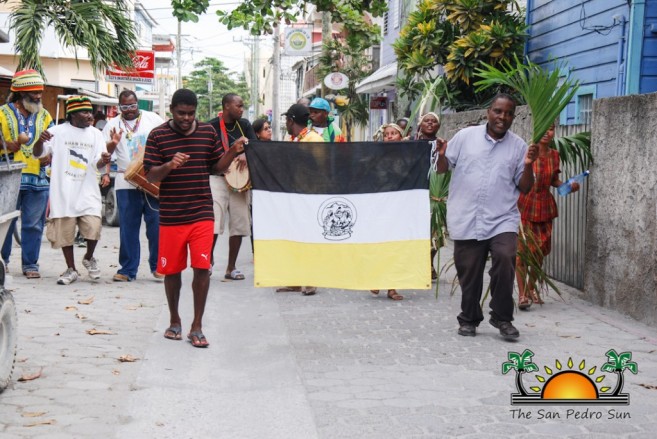 On November 18th, the official celebrations to commemorate the 185th anniversary of the arrival of the Garinagu to Belize will start from 8PM. There will be live cultural presentations, music and of course drumming all night to bring in the 19th. Early on November 19th, the official Yurumein will take place, followed by a solidarity mass at the Catholic Church. There will also be a reenactment of the arrival of the Garifuna to Belize, and a parade through the streets of San Pedro Town. Everyone is then invited to the Central Park where there will be lots of food and live music all day long.
The Garifuna people arrived in Belize in 1832 after they left their native St. Vincent in the Caribbean. Their cultural contribution to Belize has been so positive that in 1977, under the leadership of the late Premier George Price, November 19th was officially declared a public and bank holiday.
The National Garifuna Council, along with The San Pedro Town Council and the Cultural Committee on the island wishes everyone a Happy Garifuna Settlement Day.

Photos:Institute of Archeology combs excavation of old football field for artifacts and antiques