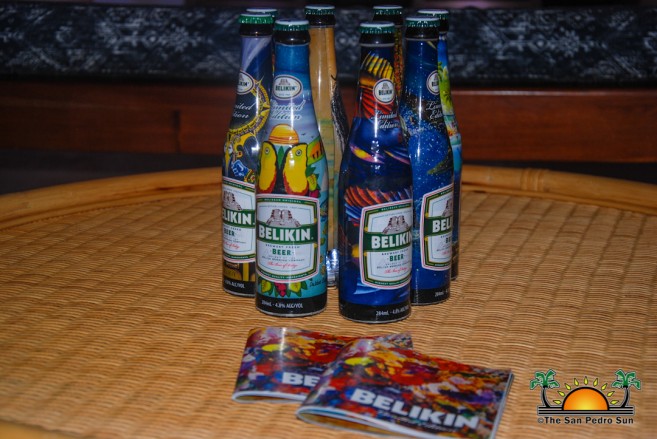 The project was spearheaded by Gilvano Swasey, who is a tireless advocate for Belizean artists. Swasey was given the task to not only find Belizean artists that would create an image that captures the spirit of Belize but one that could easily be transferred from a flat image to a wrap-around bottle label. “This project served as a way of giving back to the people of Belize. I believe that Belikin does an excellent job when showcasing the best of the country,” said Swasey. “The artists were chosen based on the outstanding job they do. They were asked to create an image that represents what Belize means to them. I’m so proud that I was selected to be the one to spearhead this project.” 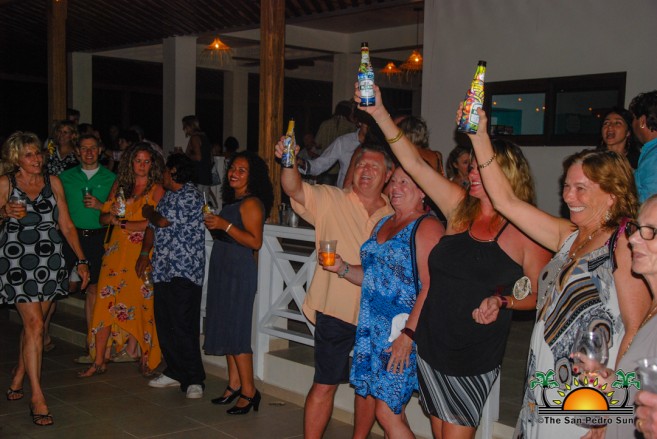 The San Pedro Sun managed to speak with some of the artists that were present. Debbie Cooper shared her inspiration for her artwork and how she feels to be one of the 12 artists featured. “I choose the toucan to go on the center and surrounded it by the ocean because I’m an ocean girl. I love the sea but I also wanted to represent the jungle of Belize and what a better way than our National Bird. I feel so happy to have been chosen to be a part of this.” Anton Leslie said it feels amazing to be a part of this project and he couldn’t be happier. “As you see my drawing you can clearly identify that it is Belize, as it illustrates the jungle, the sea, wildlife and marine animals, our Great Blue Hole and of course our beautiful Belizean flag,” he said. 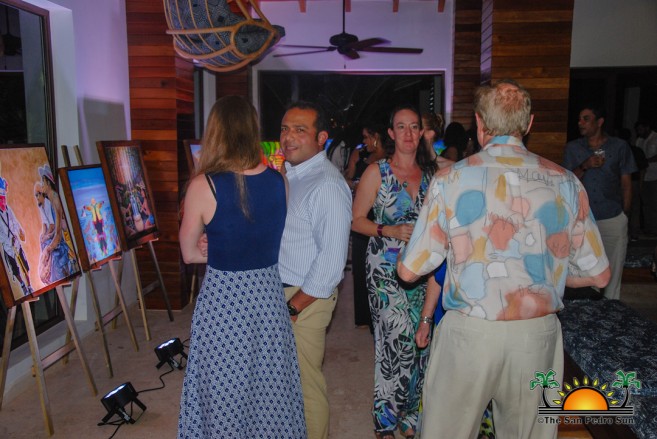 Terryl Godoy, who is originally from Ambergris Caye, said that the feedback from his community, San Pedro Town has been amazing since they found out that he was among the featured artists. “Everywhere people see me on the island they congratulate me for my recent accomplishment. I don’t usually paint anymore, but things like these give me that motivation to continue doing what I do. I love illustrating how Belize used to be with people holding hands and also the colorful wooden houses,” he said. As for Gayla Fuller, she shared why she decided to paint a “Rasta Man” for her portrait. “The idea came after one of my friends showed me some photos of a Rastaman, so then I said to myself why not a Rastaman? It is so not only Belizean identity, but also international,” she said.

The San Pedro Sun then also spoke to Kelvin Baizar, who said that his drawing was done in connection with the Belikin logo. “When I was contacted to be one of the 12 artists, I start thinking of what I wanted to do. I love drawing Maya sites but then I noticed that the Belkin logo incorporates these structures. So that’s when I decided to draw the Maya God as it was the only thing missing from the logo.” He also stated that he feels privileged that he was selected to be a part of this project as there are so many talented artists in Belize. 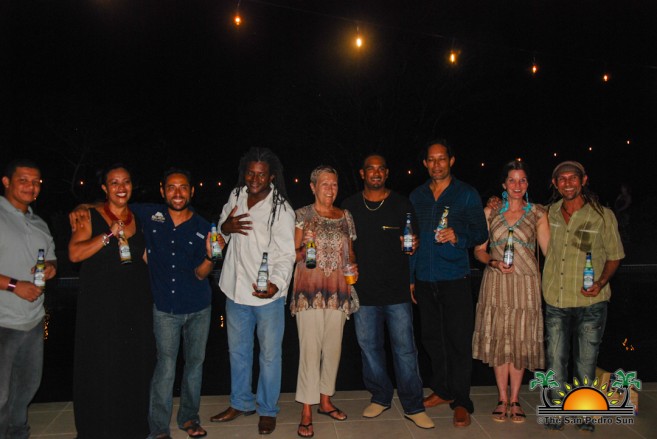 As a resident of Caye Caulker, Walter Castillo decided to draw a little island and illustrate how life on an island is. “My drawing illustrates how Belizean lifestyle on an island is and I also feel honored to be a part of this project,” he said. Ernest Garcia states that his drawing is based on an actual event he saw while fishing. “I drew this because as I native of Placencia village when you are a child the first thing you are exposed to is fishing,” said Garcia. The three artists who were unable to attend the launch included San Pedro resident Eduardo “Papo” Alamilla, Nelson Young and Jorge Landero. 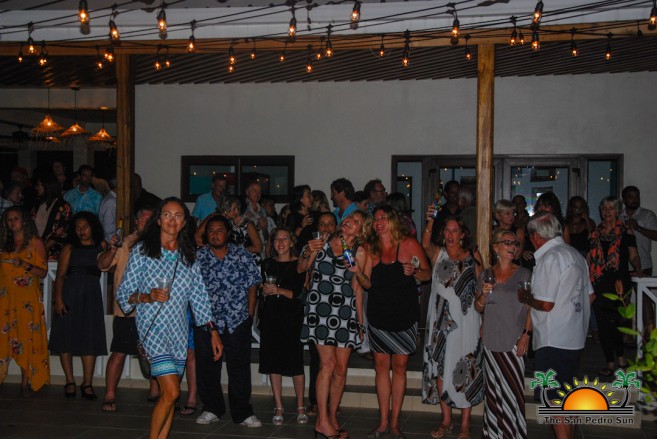 Presentation of the exhibition “The Alignment” by Nelson Young