Kruffy Air, an original theatrical play by Jankunu Productionz, touched down in San Pedro Town on Friday, July 19th and taxied its way to the Paradise Theatre where it received a standing ovation from an impressed audience. The dynamic musical play featured several colorful, extremely curious and opinionated characters known in Belize as ‘Kruffy.’ Aboard an international flight with Kruffy Airlines, the entertaining performance had the audience laughing from beginning to end. 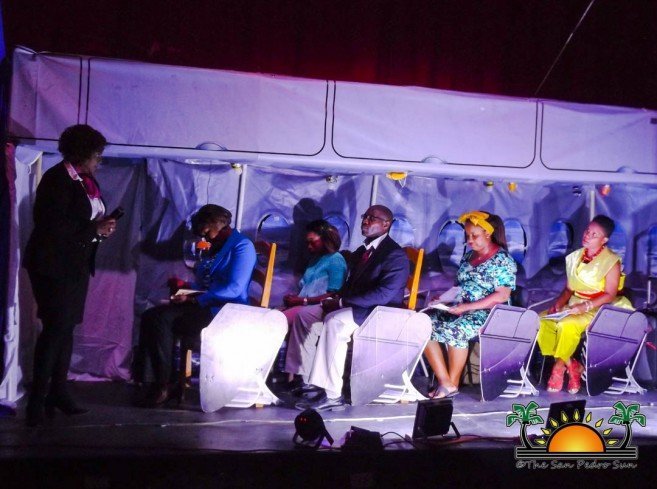 Written by Julie-Ann Ellis Bradley, the play began shortly after 7PM, with passengers boarding ‘Kruffy Airlines’ flight from Belize to Miami, Florida in the United States. The show depicted a flight deck full of different characters, preparing to take off for their international flight. The interaction depicted a demanding and know-it-all travel writer, a gentleman in a suit involved in human trafficking, a pregnant woman hoping to give birth on American soil and a kruffiest of the kruffy traveler with all sorts of luggage packed with several food rations, including fry fish. 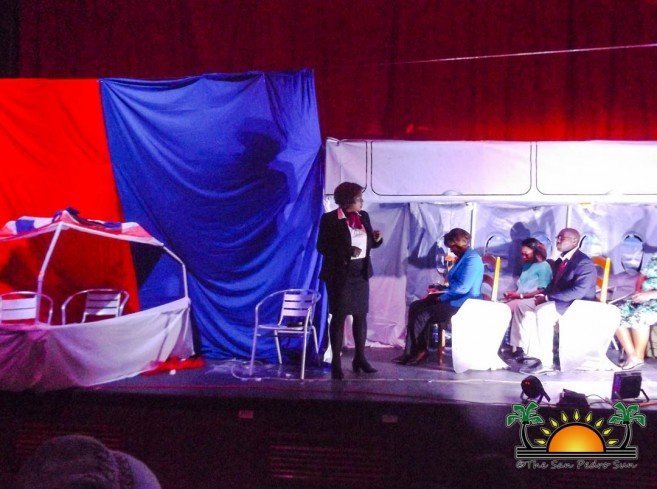 Sometime after leaving Belize, the plane bumps into some turbulence, which is strong enough to make the plane crash. Everyone inside the Kruffy aircraft finds themselves in a jungle-like environment. The captain assumes they are somewhere in Florida and that they are working on getting help. However, the interfering travel writer finds out that the plane crash was caused by human error and uses this information to her advantage and demands preferential treatment from the crew. A series of hilarious events transpire after that, involving all the characters onboard. From ‘passengers’ to the crew, it’s a laugh every minute, complete with classic ‘Kruffy-isms.’ 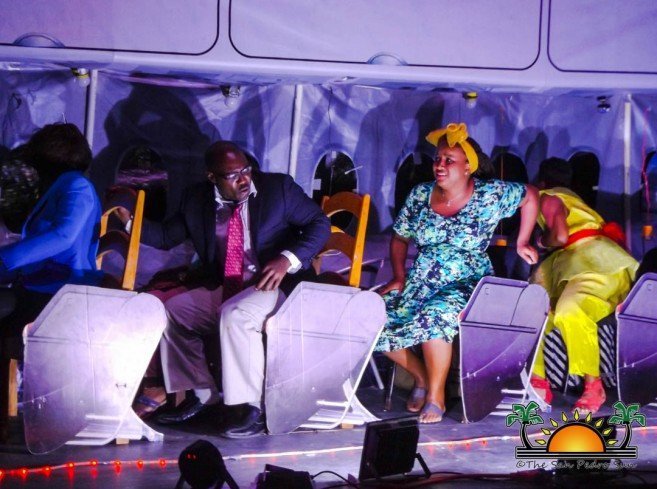 When they are finally rescued, they are all shocked to find out they never left Belizean soil, but were in fact, in Chiquibul the entire time! 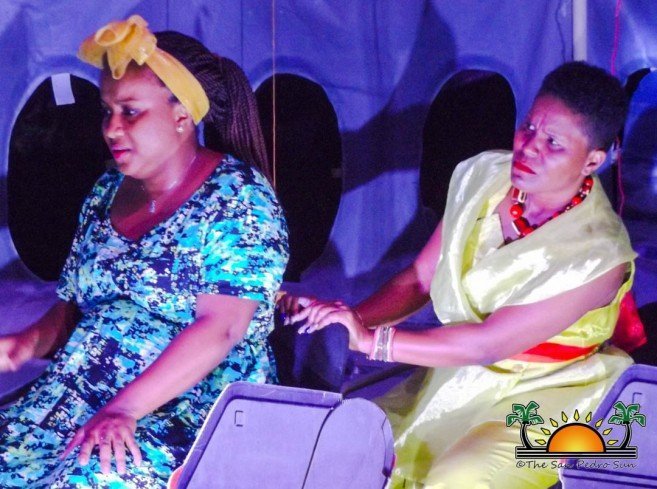 At the end of the show, the audience gave a standing ovation for the most entertaining show. The Kruffy Aircrew thanked everyone for their support. This is the second play Jankunu Productionz brings to the island. On April 26th, they debuted with a dynamic performance called ‘Belize Rewind,’ featuring a full historical and cultural immersion depicting Belize from settlement to its birth as a nation.

The theatre company is already working on another original production called ‘Frenemy.’ Follow Jankunu Productionz online via Facebook to keep up with their latest shenanigans.