« Older: NGC Urges Garinagu and Belizeans to Celebrate Safely
Newer: » Zee Edgell: One of Belize’s most renowned authors has passed away


Belize’s legendary Garifuna star Vivian Andy Palacio was remembered on Wednesday, December 2nd, by family members, friends and fans from across the country and beyond the borders. Palacio, who died in 2008, was a leading activist for the Garifuna people and their culture, while sharing the Punta music with world and putting Belize on the map. The National Garifuna Council (NGC) paid tribute to Palacio on his 60th birthday and shared comments from family members and music colleagues. Local radio stations played his songs throughout the day, listening to classics like Watina, among others, that saw him receiving international music and cultural awards. 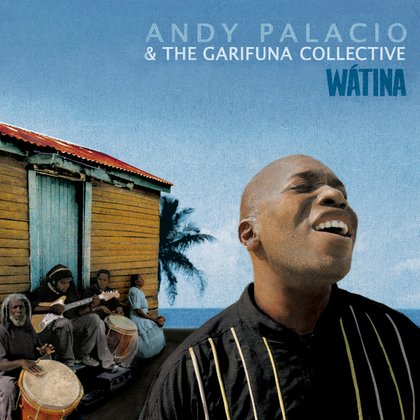 The Garifuna musician was born on December 2, 1960, in the beautiful coastal village of Barranco in the Toledo District. Palacio loved music from a very young age; however his greatest passion was educating others. His first profession was teaching, and for a short time taught social studies in school. The teaching profession made him part of the Teachers Brigade who went to the Garifuna communities in Nicaragua.
He later ventured into music and released several albums. Appointed Belizean Cultural Ambassador and Deputy Administrator of the National Institute of Culture and History in 2004, Palacio devoted himself to the preservation of Garifuna music and culture. In 2007, Palacio’s years of work with the Stonetree’s Garifuna All-Stars project came to fruition with the release of the acclaimed Watina album with the Garifuna Collective. Watina featured a multigenerational crew of Garifuna musicians from Belize, Guatemala, and Honduras (including octogenarian singer Paul Nabor) that delved deeply into traditional Garifuna rhythms and songs. The album was a critical success that garnered worldwide attention for the Garifuna people, culture and language. Thanks to Watina, Palacio was named a UNESCO Artist for Peace and won the prestigious WOMEX Award in 2007.
He created a rich legacy of songs, compositions, accolades including the UNESCO Artist for Peace, And winning BBC3 Awards for World Music award in the Americas category. 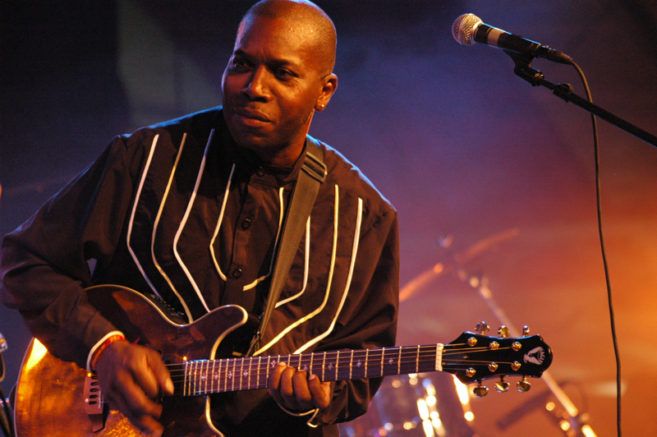 The following year after the WOMEX award, Palacio fell ill in January with stroke like seizures. He was taken to Belmopan And then to Belize City from where he was referred to the United States Of America for further medical treatment. His condition deteriorated rapidly and he was return to Belize where he died from a massive and extensive stroke to the brain, heart attack and respiratory failure. He is survived by five children and a host other family members and friends.

On the day of his birthday, his daughter Kami shared:
“As we near the 13th year anniversary of my dad’s death and we celebrate his 60thbirthday…I’m forever grateful to those who stayed committed to keep Andy’s legacy and memory alive.
I want to personally thank those who spearheaded the yearly Garifuna mass in honor of his birthday, every year on December 2nd. You guys have been doing a tremendous job.
May his memory forever live on and Happy 60th Birthday in Sieri, Daddy!”

Ivan Duran of Stonetree Records had this to say:
“As a group, The Garifuna Collective makes every effort to keep Andy’s spirit and vision alive in everything that we do. Even after all these years, we continue to have an unbreakable commitment to carry on the important work he started.”

Joshua Arana, Garifuna drummer, said the following:
“Andy Palacio left some messages with us embedded in the Watina Album through his songs.
Weyu Larigi Weyu (Day by Day) – praying and asking God for Strength, Wisdom, and Guidance as we go through life.
Sungubei Lidan Aban Waguwarali Wamalali (Together as One We Sing) – We are able to accomplish our goals when we do things together.
Amuñegu (In Times to Come) – A call to action for all Garinagu to start investing in our culture. To learn and teach about the great Garifuna Legacy or we will lose it all.
Even though your body is no longer here, your spirit lives on and we remember and celebrate you often.”

A year after his death, Palacio and The Garifuna Collective’s album Watina was named as the #1 pick on Amazon’s List of 100 Greatest World Music Albums of all time.