Following the Dia de San Pedro festivities held by the San Pedro Town Council (SPTC) over the weekend featuring the Miss San Pedro Pageant and performances involving international entertainers, the island’s Roman Catholic Church hosted their religious activities starting on Tuesday, June 28th with a youth vigil and concert. On Wednesday, the traditional fishermen’s mass was followed by a boat procession that ended on the lagoon side of the island, where Father Eduardo Montemayor prayed and blessed all the fishing vessels. 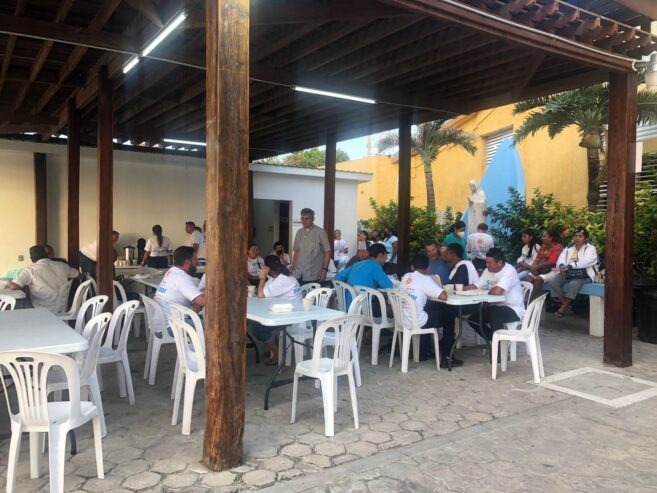 The special celebration started at 4AM with the fisherman’s mass and was followed by breakfast sponsored by the SPTC. Mayor Gualberto ‘Wally’ Nuñez and members of his council joined the boat procession, which left the municipal dock at 6AM. The boat procession carried the island’s patron, St. Peter (Pedro) headed north and entered the Boca del Rio channel. The procession ended on the lagoon side, in the Embarcadero area near the Sunset Boardwalk Boulevard, where the international boat terminal is located.

Father Montemayor prayed for the island, and everyone who joined the procession, especially the fishermen looking forward to a productive fishing season. Montemayor then blessed each vessel with holy water and once again asked for the Lord’s blessings for everyone. Afterward, a parade began towards the Catholic Church by Central Park.