Since 2004, after it was introduced by the Rotary Club of Belize, Crime Stoppers has had a very visible presence. Crime Stoppers Belize has (and continues to play) a vital role in having firearms removed off the streets, has helped in the recovery of stolen items, has brought successful convictions for many crimes and helped in the apprehension of international fugitives hiding in Belize through anonymous tips reported to the international organization. But Crime Stoppers Belize has also been successful in receiving international recognition for their public service announcements and on Thursday October 24th, the organization recognized the partners who have been assisting with their work in country.

In September, Crime Stoppers Belize received two Crime Stoppers International Conference Awards for their television and radio ads that sought to sensitize the public about the work of the organization. When speaking to the media, the Chief Operating Officer for Crime Stoppers Belize, Chris Garcia said that the organization is grateful for the support from different stakeholders and partners. “This year, we thought let’s do something that will get people together; do something with people that the public recognizes and know. And so we reached out to our media people, the anchors, and they willingly came together and they did it. The same in San Pedro – the guys from the different newspapers, radio stations came together and they did the ad also. So it was a matter of targeting the media for them to do something to show the public we do not only report crime, but we also take an active part in inviting people to reduce crime, report crime and stop the violence,” explained Garcia. 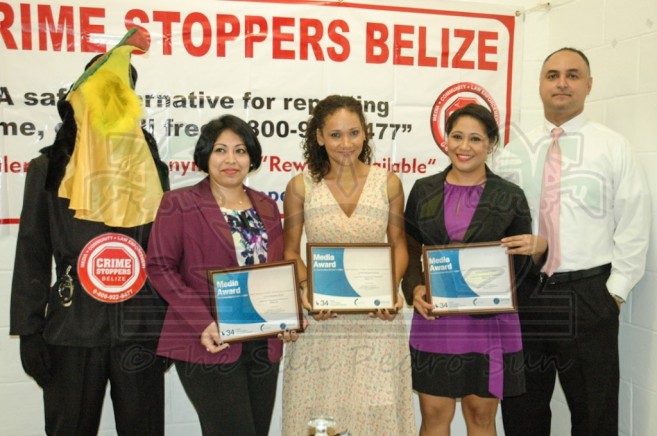 News anchors Marleni Cuellar of Channel 5, Indira Craig of Channel 7 and Anju Gidwani of Love TV, as well as their respective media houses, were recognized for their contribution on the Crime Stoppers Belize television ad. Meanwhile, Dorian Nuñez of Ambergris Today, David Marin a former panelist on Reef TV morning show and Jorge Aldana of The San Pedro Sun Newspaper were recognized for contributing their voices for the radio ad. Reef Radio and Lighthouse Christian Radio were also given an award for contributing airtime for the airing of the ad. Other institutions were also recognized for their support to the general work of Crime Stoppers Belize. 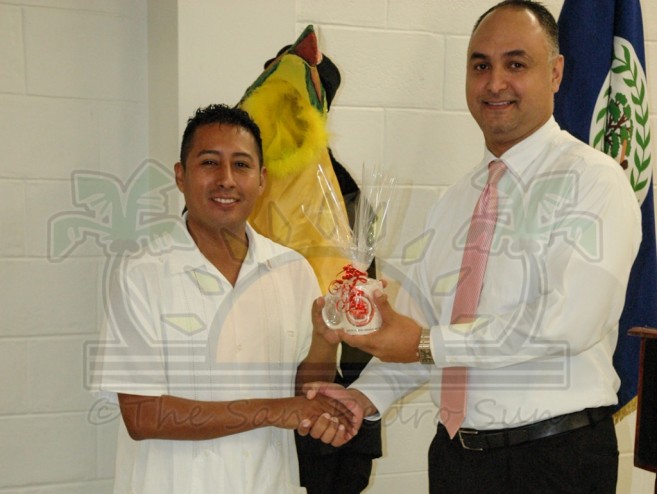 Besides promoting the organization, Garcia said that they have been doing several activities such as the Crime Stoppers Mascot competition, poster competition and essay competition to build awareness amongst the students and youth in Belize. Garcia said that Crime Stoppers Belize will now focus on the youth since they have been a target for criminals. “Lauren Book of Lauren’s Kids… she is a sexual abuse survivor who is very open about it. She works with children who are going through the same experience she went through. She teaches the technique of how little children can protect themselves or protect the confidence to say something from the get-go rather than waiting until after something has happened to them. And I have this bee in my bonnet that what I want to do, is to see if we can get her to come to Belize but in partnership with other groups who are already working for that type of project with children. We want to see that our children can protect themselves—boys and girls. Because what we are finding out is that a lot of cases that we are getting tips to do with sexual abuse cases on our children. So I see it, and crime stoppers see it, as the next step to try and do something for these children – for them to learn how to protect themselves,” said Garcia.

During the conference, Garcia explained that the organization has a branch in San Pedro Town and which will now have more visible presence on Belize’s prime tourism destination. Garcia said that it is the plan of the organization to branch off into the various district towns.

Of interest is that through an anonymous tip to crime stoppers the Police were able to make an arrest and successful conviction in the July 2005 murder of Antonio Almendarez, who was killed at an establishment in San Pedro Town.

Belize Mission Project is back in San Pedro8 Photos