« Older: Editorial: Marine Reserve Politricks
Newer: » Bowen and Bowen says there is no issue with supplies on the island 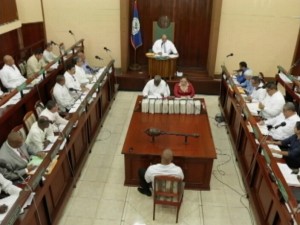 The House of Representatives took two days to debate the proposed national Budget 2015/2016 before accepting and passing it to the Senate for ratification. During the 26th and 27th of March, the meeting sparked heated arguments over the estimated figures, and the opposition People’s United Party (PUP) took the opportunity to chastise the government of Prime Minister Dean Barrow. Amongst the highlights in the heated debate was the use of the PetroCaribe funds to finance government programs, and the fact that the United Democratic Party Government of PM Barrow has doubled the national debt from $1.7 billion in 2008 to $2.7 billion in 2015.
The proposed Budget 2015/2016 was presented on March 13th by PM Barrow under his platform of “continuing with the transformation.” PM Barrow proposes to spend $1.1 billion in the next fiscal year. Barrow said that his government will see increased spending in areas such as the health sector, education, infrastructural development, social programs, sporting facilities and tourism sector. He explained that in the area of security, the proposed budget makes allocation for new intakes of law enforcement officers. PM Barrow also made it clear that the Government of Belize will use the PetroCaribe funds to drive some of the government programs into fruition and as such will “Roll the PetroCaribe” funds. 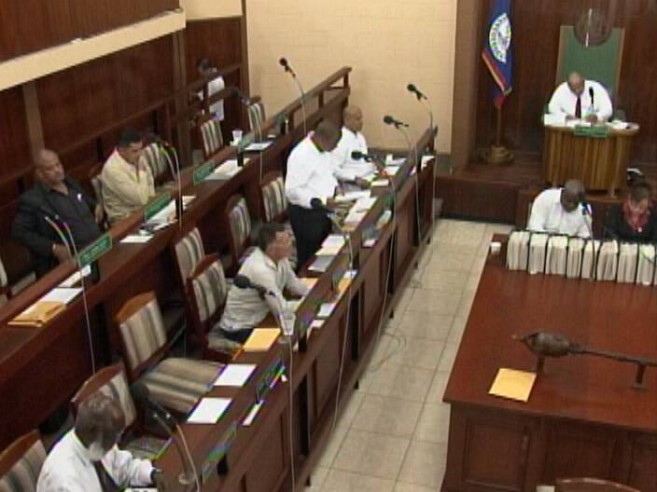 According to Leader of the Opposition Francis Fonseca, who was the first speaker, Barrow is not exercising prudent spending. “We have an overall public debt of some $2.7 billion, at more than two and a half times that of our revenue. Even with the so-called concessionary terms of our borrowing, our debt servicing is projecting at $180 million for the upcoming fiscal year, and begins to spike significantly thereafter. Our debt profile is maturing and the grim reapers will come knocking at our doors,” explained Fonseca.
Deep into his presentation, Fonseca called the budget as “a borrow and spend budget.” Fonseca said that “It is a budget founded upon no consultation as usual, and grounded in no economic development plan. It offers no new investments in the Belizean economy, no new tourism projects, no new agricultural investments, no manufacturing projects, no new investments in housing development, no investment in arts and culture, youth and sports, no tax reform, no governance reform. The budget for the fiscal year 2015/2016 is not only short in length, it is short on vision. It is short on substance. It is short on ideas. It is short on purpose and direction. It is short on solutions to the serious social and economic challenges confronting our beautiful Belize.” 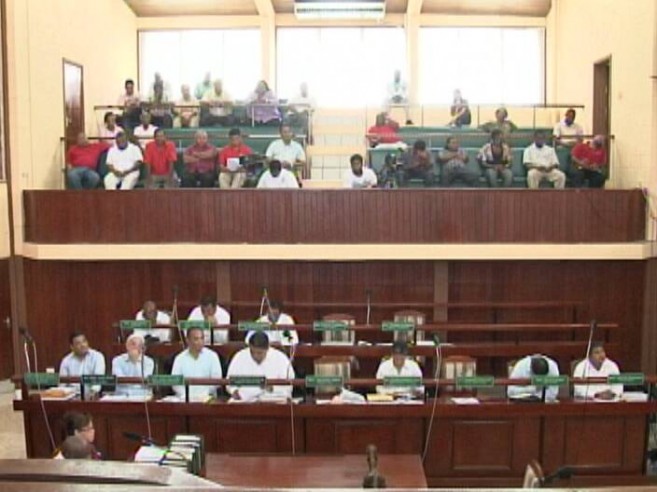 Also harping the same tune was the former Prime Minister of Belize, Rt Hon. Said Musa. In his tenure as Prime Minister, he was heavily criticized for consolidating the national external debt into one “super bond.” At the debate, Musa did not hold back on jabs and said that the so called “Super Bond” accounts for less than 48% of the GOB’s total debt obligation. “When the UDP came into office in 2008, the total external debt of the country was $1.7 billion… You only have to look at the budget of the very same Prime Minister Dean Barrow in 2008-2009 – $1.7 billion. Today, after 7 years of UDP reckless and unaccountable spending and mismanagement of the debt, it is now $2.7 billion dollars.” Musa said that the $1.7 billion back in 2008 was the consolidation of all external debt for 24 years of government since 1981. 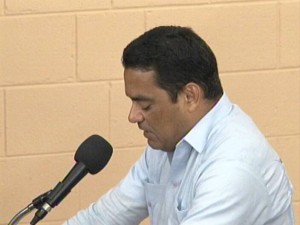 In his budget presentation, PM Barrow explained that over $100 million from the PetroCaribe fund will used in the next fiscal year. With more monies used from this fund, it will increase GOB’s debt obligation to Venezuela to a total of 14% of the total national external debt which is projected to stand at $2.7 billion. According to Julius Espat, member of Cayo South, GOB has been “addicted” to PetroCaribe funds. “Due to the fact that the government is totally addicted to this Petrocaribe funds to finance their projects, he has done absolutely nothing else to help to drive this economy. The PM in his irrational exuberance, made the people understand in no uncertain terms, that the UDP administration is awash in money – in millions and millions of dollars. But Mr. Speaker, the Prime Minister also made it clear, that such money was only for the benefit of those who voted UDP.”
PM Barrow was the last to speak on March 27th indicating that his government is committed to the people of Belize. He indicated that there has never been more development in Belize than under his government and for five consecutive years, there has been no increase in taxes to the Belizean people. PM Barrow also indicated that he may return to the National Assembly with a supplementary budget given his government commitment made to several municipalities leading up to his party’s victory on March 4th.
Following the debate, the UDP majority all voted in favor of the proposed budget 2015/2016. It was sent to the Senate for ratification and was debated on March 30th. Following the debate which also sparked heated arguments, the UDP-majority Senate also voted in favor of the budget. With the budget approved, it will service the 2015/2016 fiscal year which runs from April 1st to March 31st of the following year.