« Older: Big renovations to come to the Air Traffic Control Sector in 2016
Newer: » Venezuelan opposition is controlling government: What does this mean for Belize?


In early December 2015, business man Jack Charles (Jitendra Chawla) announced that he would be importing Guyanese rice into the Belizean market. This imported rice would be relatively cheaper than the local rice grown in Belize and as such cause much controversy with industry partners. While the Government of Belize (GOB) and Belizean rice growers expressed disapproval on the importation of rice, Charles still proceeded with the process. On Thursday, December 17th, 75 tons of Guyanese rice belonging to Charles arrived at the Big Creek Port in Independence Village, Stann Creek District. However, Charles was unable to receive it as the Belize Agriculture Health Authority (BAHA) denied clearance for the release of the three containers of rice. 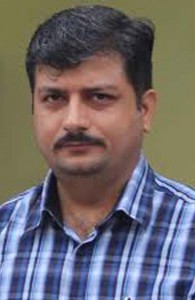 With his product on hold and no confirmation whether GOB will the allow importation of the Guyanese rice, Charles is anything but happy. He claims that he understands GOB’s concerns on the importation, but his intentions are not to damage the rice growers. “My objective is to import only 20% of the total rice consumed in the country… [I] certainly don’t have any interest in creating an import monopoly… This will give consumers a choice on the shelf and easier access for this basic grain and will also serve as a check and balance on the price of rice in the local market,” said Charles in a release. His intentions are to offer consumers Grade A (premium quality rice) rice at around $0.69 per pound.
Big Creek Port Manger, Gustavo Carrillo explained that if Charles does not receive the necessary authorization, he risks losing all his Guyanese rice. “Charles has to do all his documentation with Customs, BAHA and all the authorities that are involved. The port will not release any cargo until it is authorized by the relative entities. The rice will sit at the port and Charles has seven free days; after those days, he will have to start paying storage on the containers. He will be allowed to store it up to a certain time and if it’s still not cleared, then the cargo would be auctioned or disposed,” said Carrillo. Charles is expecting a total of seven containers of Guyanese rice to be shipped to Belize, but at this point he cannot even clear one out of the port.
Chief Executive Officer of Ministry of Agriculture, Jose Alpuche claims that the reason why Charles is not getting clearance is because he did not apply for the permits properly. “If he [Charles] had applied for the product in the proper way, we would have been able to establish where the product is from. They are saying it is from Guyana, I don’t know that for a fact. They are saying that it is clean; we don’t know that for a fact either. So if they had followed the rule, we’d be able to do things properly. This product, because it is a CARICOM origin, does not require a supplies control permit. Let’s be clear on that. What it requires is the sanitary and phytosanitary clearance from BAHA. And if you don’t believe the necessity of that, look at what has happened to the poultry industry and what is happening with the shrimp industry and then you begin to understand the importance of ensuring that we do all we can to protect our industries; the agricultural health. Chile blocked importation of Guyanese rice because it was contaminated. So it is not a question to ask; we have to be on guard,” explained Alpuche on the situation. 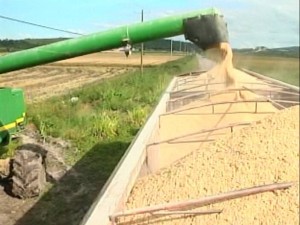 As for the Belize AgroProductive Sector Group (BASG), in charge of the rice industry in Belize, they are compelled against the importation of rice from a different country. “Currently the Belize rice industry supports almost 100 local rice farmers, 5 milling companies, more than 2000 field workers, employees, distributors, and their families. This does not include a host of gas stations, fertilizer and agro chemical stores, restaurants and mechanic shops to name a few businesses that depend on our rice production. On the other hand, Guyanese rice will support ONE importer and a handful of distribution workers. Why is one importer interested and actively pursuing the importation of rice, when Belize is already self-sufficient in rice?” said Dale Young of BASG in a press release. “It’s a fact that our cost of production for rice is higher than most countries. But our retail price on the shelf is definitely on the lower end of the scale when compared to retail prices in Central American and CARICOM countries. Millions of dollars of revenue to the Government will be lost if rice is imported. Business tax is paid on all inputs including fuel, equipment, chemicals, fertilizer, seed, rice milling and packaging, and distribution. General Sale Tax is also paid on a major portion of industry inputs. In reality, imported rice at 69 cents per pound is UNSUSTAINABLE for the long term. This low price is a ploy to have Guyanese rice enter the Belizean market. When our already stressed local rice industry becomes extinct, imported rice will then become more expensive with little to no benefit to Belizeans except to the importer!” said Young.
And while the rice controversy continues to unfold, the Bureau of Standards has decreased the cost of Grade C rice (generally known as ‘loose’ rice which is 70% whole and 30% broken) effective Wednesday, December 23rd. The price reduction left Grade C rice at a maximum of $0.80 per pound for wholesale and $0.90 for retail. “This amendment to the price control regime, ensures that an ‘affordable rice’ is available at a cheaper price than currently obtains and that the producers can recover their investments in mandatory packaging and extra transportation costs from the premium rice grades. It would also provide the space for value addition to premium rice, as there will be no restrictions to recover additional costs,” said Director Controller of Supplies at the Bureau of Standards, Jose Trejo. Everyone is urged to adhere to new price regulations in order to avoid criminal prosecution.