« Older: No liquor on Good Friday in San Pedro
Newer: » Zika Situation in Belize – An Update


Leaked documents from a Panamanian based law firm, Mossack Fonseca, has identified links to several countries, world leaders and other prominent international business figures to one of the largest tax evasion schemes in modern history. Among the countries mentioned that were used to hide monies is Belize. In fact, the International Consortium of Investigative Journalists (ICIJ), lists Lord Michael Ashcroft as the connection between Belize and Mossack Fonseca. Ashcroft, who is the owner of Belize Corporate Services (BCS), has since denied the allegation. 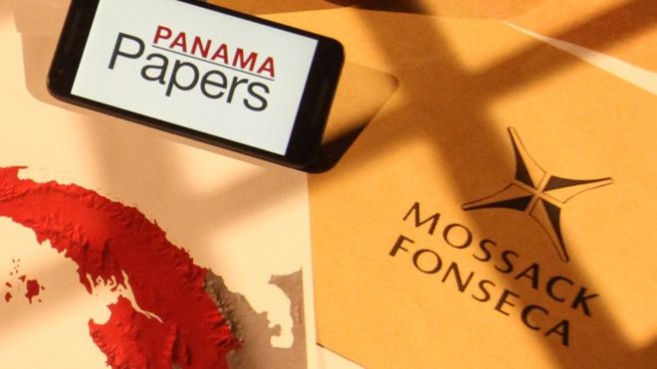 The leaked documents were reportedly analysed by over three hundred journalists, which led to the exposure of clients involved in bribery, arms deals, tax evasion, financial fraud and drug trafficking. According to the leaked documents BCS began using Mossack Fonseca to provide shell corporations for its clients in 2006. It is important to note that both Belize Bank Limited and Belize Bank International operate under the BCS umbrella.
The documents go on to indicate that in 2013, Belize Bank International established a firm called MF and Company Limited, with its owners being Ramon Fonseca, Jurgen Mossack and Christopher Zollinger. This new firm reportedly worked with Belize Corporate Services in creating companies and acting as registered agents in Belize.
In response to these allegations, Alan Kilkenny, a presentative for Ashcroft, stated “these allegations are completely untrue, and the events as described never happened. The records upon which you [ICIJ] claim to rely for those allegations either do not exist or have been falsified.” There have been no other comment for Belizean authorities in regards to this development.
The involvement of BCS comes at a very critical time. Belize Bank was one of the first banks in Belize to lose its corresponding banking relationship with Bank of America in April of 2015, over the United States of America’s ‘de-risking’ strategy. The ‘de-risking’ strategy was created as means to safeguard US assets from ‘countries of primary concern’ for money laundering and financial crimes. If the allegations made in these leaked Panamanian documents about BCS are true, it is believed that it would only confirm the Bank of America’s decision to break correspondence with Belize in general.
The Leaked Panamanian documents have caused much controversy around the world, even resulting in the resignation of the Prime Minister of Iceland Sigmundur Gunnlaugsson, who was named in the documents. BBC News reported that Iceland’s Agriculture Minister Sigurdur Ingi Johannsson stated “The prime minister told [his party’s] parliamentary group meeting that he would step down as prime minister and I will take over.” BBC goes on to state, “The huge leak of documents from a Panamanian law firm, Mossack Fonseca, has thrown new light on how the rich and powerful hide their wealth. It has also brought renewed attention on Panama itself, one of the world’s best-known tax havens.”