The rehabilitation of the Caye Caulker airstrip has picked up momentum as works are significantly transforming the airstrip to meet its deadline by mid-June of this year. The airstrip had been closed awaiting much-needed repairs since October of 2017 when local airlines, Maya Island Air and Tropic Air, decided to suspend flights to the island, citing unsafe conditions of the runway. Since then, the Belize Airport Authority (BAA) has been making the necessary arrangements ensuring the timely renovation on the airport, which is being financed by a $3.9 million loan obtained from the Social Security Board (SSB).

For quite some time Hicaqueños were concerned after noticing little activity on the airstrip. They feared that the airport was not going to be ready by mid-June as promised by the BAA. “There is work taking place as we speak and we hope the airport is ready at least before the beginning of the next high season,” said one resident. “We have been suffering tremendously this past high tourism season without an airport.” 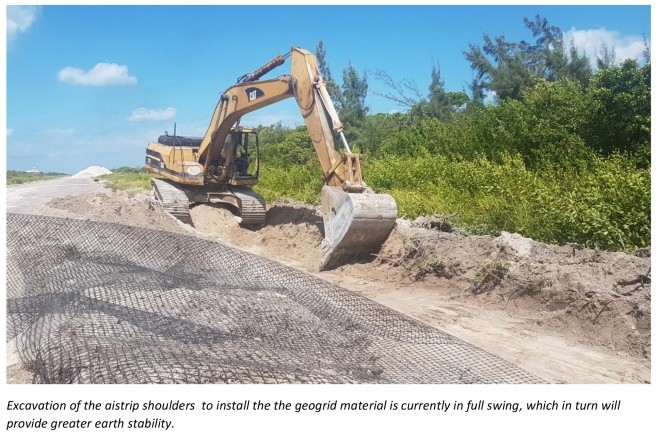 A BAA press release on Monday, April 16th, detailed the works that are underway on the airstrip. According to the BAA, the focus at this moment is the expansion of the runway’s shoulders and the laying of thousands of yards of geo-grid to provide greater earth stability. They claim that over 10,000 cubic yards of the material have been applied to the area. The works are expected to intensify in the upcoming weeks including the preparation of the runway for the installation of hot mix. Caye Caulker’s Village Council Chairlady, Enelda Rosado has been monitoring the development of the renovations and believes that when the airstrip is open for business it will benefit everyone on the island. “It will be beneficial especially for emergency purposes and will also help to boost our tourism industry,” said Rosado. Emergency evacuations from Caye Caulker to Belize City are currently done via boat, which takes around 40 minutes depending on the sea conditions. 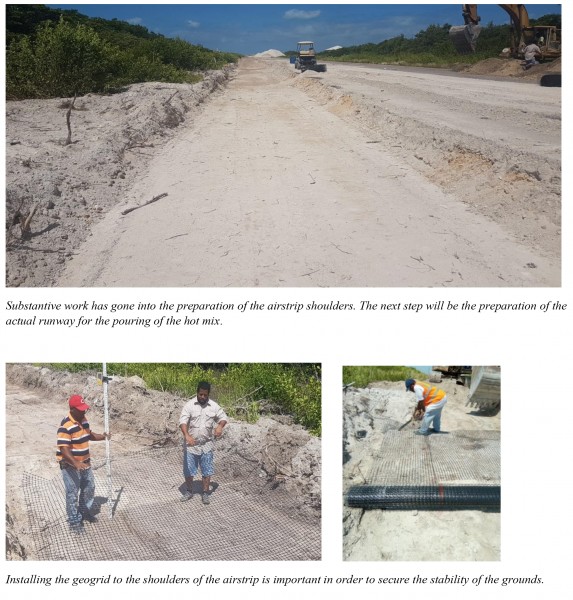 Minister of Tourism and Civil Aviation, Honourable Manuel Heredia Jr. believes in Caye Caulker’s tremendous tourism potential as one of Belize’s top tourism destinations. “This new state of the art airport will be able to accommodate our tourists on time, in a safe and beautiful environment,” said Heredia. “This project is very important for the island as great development is already taking place in Caye Caulker.” When the airport is finished it will include an enhancement, marking and installation of runway lights to allow for airplane landings at night among other security and safety features. 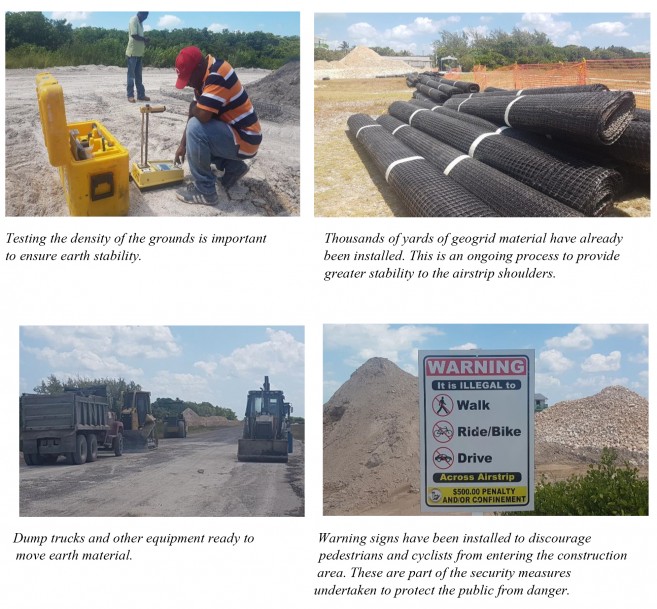 The project was initially set at $7.5 million, but after the SSB reviewed the petition, it was drastically reduced. This cut in the airstrip budget will leave the facility without an external security light system, security fencing, and expansion of the apron and a new terminal building.
For the time being, island residents are hopeful that in the next three months they will have a new airport. They hope that such inconvenience never happens again as their local economy has been severely impacted without it. Until then, the only way to get to Caye Caulker is via water taxi boats, which take around 30 minutes from San Pedro Town, and around 40 minutes from Belize City.