« Older: Fuel Prices go up for the third time this year; SIB reports the cost of living down
Newer: » Boat rally against Cayo Rosario development held prior to public meeting


The Public Utilities Commission (PUC) has granted Belize Electricity Limited (BEL) a 4.4% increase in electricity rates. The increase represents 38.62 cents per kilowatt hour through June of 2020. BEL had originally requested an increase of 7.1%, which is equivalent to an average rate of 39.5 cents per kilowatt-hour for the annual Tariff Period from July 1, 2018, to June 30, 2019. BEL made the request to PUC early in April of this year stating that an increase is needed to cover the cost of power purchased from power producers. Even though the approved increase was lower than what BEL had requested, the increase is still expected to impact the cost of living in the country. 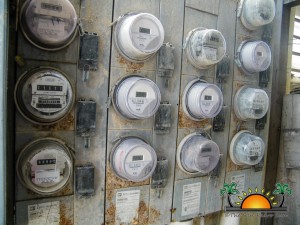 PUC stated on Wednesday, May 2nd, that its initial decision for the annual review proceedings is based on the recommendations to have an increase from 36.99 cents per kilowatt-hour to 39.54 cents and 38.75 cents, respectively for the next two annual tariff periods. According to the PUC, they decided to approve the regulated values that resulted in a mean electricity rate of 38.62 cents per kilowatt-hour between July 1, 2018, and June 30, 2020.
BEL continues to warn that in their latest projections, the cost of power may be as much as $4.8 million higher than what was approved by the PUC for the 2017-2018 review period. But PUC had stated that while BEL did commit to a fixed rate for electricity from 2016 to 2020, the PUC will factor the global rise in energy costs into its final decision making. The Commission reiterated that the increase of oil prices in the world market is the major factor for the increase in energy costs.
The cost of electricity in Belize has been considered one of the lowest in Central America and the Caribbean. While BEL is yet to issue an official statement, they can challenge this initial decision or seek legal advice on the matter.