New legislation addressing the COVID-19 pandemic will be implemented on February 1st, replacing the current one. On Wednesday, January 20, the announcement was made by the Minister of Health and Wellness (MOHW), Honourable Michel Chebat. The new Statutory Instrument (SI) is expected to relax the current regulations, particularly on the curfew and other rules affecting the tourism sector. 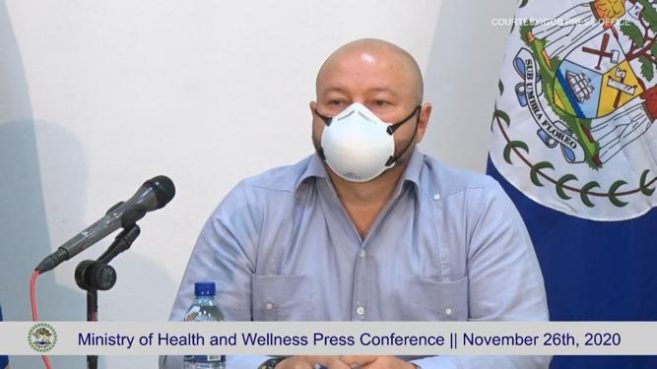 Minister Chebat understands the difficulties the tourism industry is going through but noted that the crisis is also affecting the entire country. He said that the current regulations are not intended to punish the people but to save lives. Chebat reported that there had been an improvement in the battle against the virus, and numbers countrywide are decreasing. He said that in both Caye Caulker and Ambergris Caye cases have dropped; however, this is not the time to let down the guard. Chebat explained that before regulations are further relaxed, the country’s number of infections must be 5% or less based on the world standard of positivity rate. Chebat said as of yesterday, Tuesday, January 19, Belize’s positivity rate is around 9.58%. The head of the MOHW is optimistic that Belize will hit the required positivity rate soon. “I want Caye Caulker and San Pedro Town to know that we have not forgotten about them, and we are doing our best to get your lives and economy back to some resemblance of what was before,” said Chebat. He reiterated that the SI is here to save lives because without health, there is nothing.

The battle against COVID-19 is costly

Chebat reminded Belizeans that COVID-19 does not move around on its own, but people move it. He urged everyone to do their part and follow the established health protocols (wash hands properly, wear a face mask and practice social distancing) to flatten the curve. “There is a very high cost for the taxpayers of this country when we have to hospitalize any of our citizens,” said Chebat. “For every person that is intubated is costing the people and the Government of Belize about BZ$45,000 per patient,” Chebat added that the battle against COVID-19 is costly and appeals to Belizeans to do their part to stop the spread of the disease. 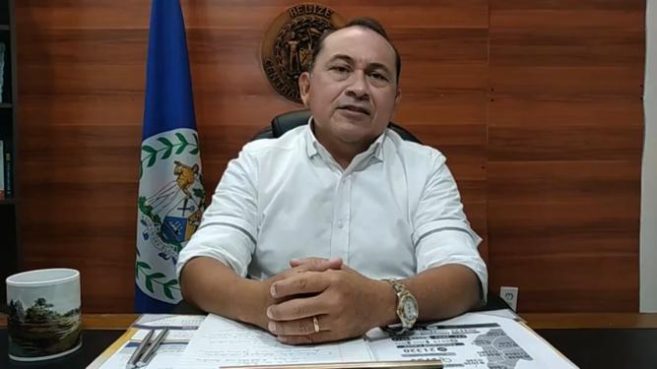 Area Representative for Belize Rural South (Ambergris Caye and Caye Caulker), the Honourable Andre Perez, said that February 1 is around the corner and it is better to do things right and sacrifice a bit more to avoid another outbreak that could see a nationwide lockdown. He said that by March, the first batch of vaccines would be in the country, but until then, Belizeans must continue taking the necessary precautions to keep the infections low. Perez asks his constituents to be patient and reassured them that he is working to address the islands’ issues, but it is a unified effort aiming to control the pandemic and continue reviving the tourism industry.

The current SI, which came into effect on Sunday, December 20, 2020, introduced a new curfew, 6PM to 5AM for persons 16 and younger, and 8PM to 5AM for adults. It limits inter-district travel, particularly from the Corozal and Orange Walk Districts. The regulations restrict public transportation capacity initially by 50% and then raised it to 75%. Another of the rules implemented is the sale of alcohol and new fines for employers and employees for violations against the SI.