« Older: Sugar crop season in limbo; no agreement reached between BSI/ASR and cane farmers association
Newer: » Despite COVID-19 challenges, tourism is bouncing back


After some hurdles, the Belize Sugar Industries Limited (BSI)/American Sugar Refinery (ASR) and the Belize Sugar Cane Farmers Association (BSCFA) settled a dispute regarding an interim agreement. On Monday, January 3rd, the sugar cane crop started without further interruptions. As of 10AM the BSI/ASR began to receive the first loads of cane at the factory situated at Tower Hill just outside Orange Walk Town. 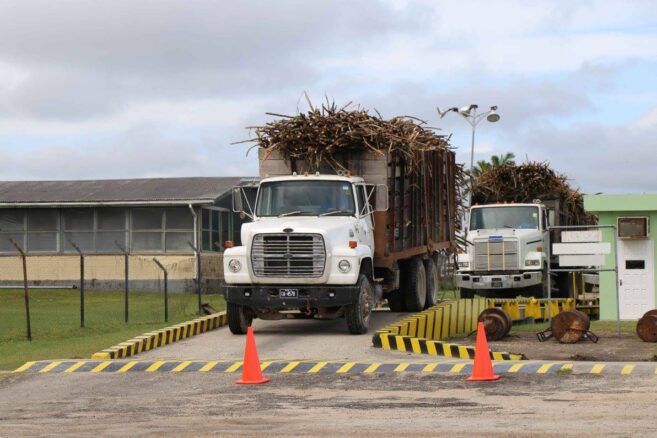 The sugarcane crop scheduled to begin on December 27th was delayed due to an interim agreement that needed to be signed between the two parties. The said commercial agreement had an expiration period on April 30, 2022. The BSCFA were willing to sign the document only if there was an extension for a period ending August 1, 2022. One of the main reasons presented is that farmers need more time to deliver all the cane production effectively to the mill. The interruption led to protests and the blockade of the mill’s entrance with cane trucks.

After several meetings, including Prime Minister Honourable John Briceño and Minister of Agriculture Honourable Jose Mai, the interim agreement was signed on Friday, December 31st. The sugar season was set for Sunday, January 2nd; however, there was another delay after one of the boilers used to process sugar was faulty. The boiler had to cool down so assessments and repairs could take place. After a day delay, operations started on Monday with farmers delivering cane to the factory.