« Older: The Government of Belize, with Support from the UNDP, hosts the “Climate Change Catalogue Showcase”
Newer: » Ministry of Blue Economy & Civil Aviation Participates in the 2022 United Nations Ocean Conference 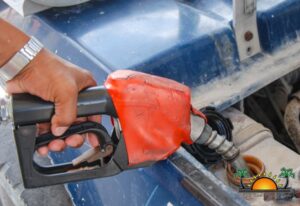 The Government of Belize reiterates the various steps Cabinet has taken to cushion increases in the imported price of fuel products, which has risen substantially as a consequence of, among other developments, the war in Ukraine.
Firstly, while the acquisition costs of fuel have increased more than 300% since November 2020, Government has substantially mitigated that increase by fixing prices on diesel and regular gasoline since March and dramatically reducing import duties on such fuels. At November 2020 and continuously for years before that, excise tax on diesel and regular gasoline was $2.97 and $3.29 per gallon, respectively. Those taxes have been reduced by virtually 100% and 77% respectively down to less than one cent and 75 cents per gallon.
Secondly, government has actively engaged with Puma Belize Ltd., the national fuel importer, to ensure that fuel product prices are the lowest possible prices. In addition, as a burden sharing effort, government is negotiating for temporary reductions to certain importer and dealer margins to allow government to accommodate even further increases in acquisition costs at the current fixed prices on diesel and regular gasoline.
Thirdly, government has expanded its fuel cost relief programs, originally including key foreign currency-earning sectors such as sugar and banana, to include tourism operators. Government is also now subsidizing the cost of public transportation. Naturally, as the import duties on fuel products have been reduced for everyone, the relative value to these sectors of these subsidies has dropped in tandem.
Year to date, the value of import duty reductions has totaled almost $9 million. At this rate, by year end, budget funding from fuel duties will have been reduced by $20 million. This represents a loss to government of $55,000 per day.
So long as the imported fuel price allows, government will continue to hold diesel and regular gasoline prices at their current levels, in spite of the revenue losses. What government is absolutely unable to afford is an actual subsidy of pump prices: that is, for government to underwrite any portion of the import acquisition cost. Such a step would wreck the budget, put at risk public officers’ salaries and pensions, adversely affect the provision of essential public services including health, education and social protection, and ultimately, flout a debt surge and devaluation.
The government will continue its engagements with stakeholders – consumer groups, the importer, dealers, and others – seeking to keep prices down, encourage efficiency and support targeted relief for key sectors.

No bluff, no bluster, no bravado: Belize lays out its case

Local banks restrict the use of credit cards to secure foreign exchange; PM says Belize’s reserves are more than enough