« Older: Enjoy some performances of the Weekend
Newer: » This Week’s Issue out now!

Early this morning at approximately 6:30 a.m. a collision between a truck and a golf cart claimed the life of a 21-year-old resident of Belmopan City. Vidal Escalante was driving Captain G’s cart number 17 from the Mosquito Coast Area to town. The San Pedro Town Council dump truck was coming in the opposite direction heading to the dump site. Edmir Dominguez, 32, resident of San Pedro Town was the driver of the truck at the time. 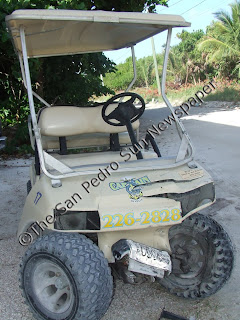 Reports claim that Vidal fell asleep while driving and the cart swerved into the back wheel of the truck. Vidal was transported to Ambergris Hopes Clinic where he was pronounced dead on arrival. The body has been transported to Karl Heusner Memorial Hospital where it awaits a post mortem examination. Allegations are that Vidal had been drinking the night before but that has not yet been proven. According to Officer in Charge Dennis Arnold, that will be revealed during the post mortem. 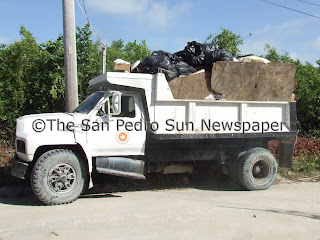 Dominguez has not yet been charged with any crime since police investigations continue. 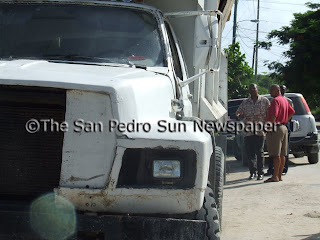