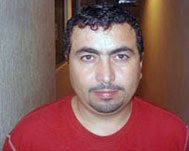 Well known San Pedro Town businessman and Belizean National 33-year-old Nasr Hussein Harmouch remains detained in Mexico City after he was found with undeclared US$57, 000 inside the Benito Juarez International Airport. According to Federal Police in Mexico City, Harmouch attempted to board flight number 499 bound to Frankfort, Germany on Monday night, August 18th. He was about to board a connecting flight from Germany to his home country of Lebanon.
According to reports from multiple Mexican Newspapers, Harmouch was caught with the US$57 thousand dollars which he did not declare hidden inside a brief case. Mexican authorities claimed that inside the brief case, they found 528 notes of 100 dollars, 51 notes of 50 dollars, 82 notes of 20 dollars and a single 10 dollars note.

Authorities claimed that Harmouch had checked in at section 25 inside terminal one of the new airport and after being observed acting suspiciously authorities at the airport called in Federal Police. Hamouch was travelling with his wife and his three children when the incident unfolded. His family remains detained in Police custody in Mexico City along with 10 bags of personal items, while Harmouch was scheduled to appear before a federal court yesterday in Mexico City. Being in possession of undeclared money in excess of US$10,000 in Mexico is considered a major crime.
According to Channel 5 News, Harmouch stated that he was moving back home to Lebanon after finishing his two year contract managing his brother’s businesses: San Pedro Supermarket and S.P. Hardware.

Read this and more in this week’s issue. It’s out in newsstands now! 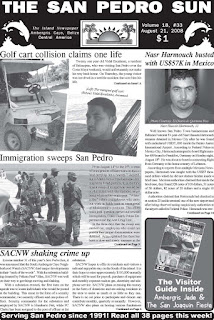 More on Community and Society
A smooth ride…