The San Pedro Fire department received a call of a fire in progress at 12:45pm on Friday, October 17th and were immediately deployed to the scene. Upon arrival, fire officials saw a warehouse/storeroom on fire. Volunteers on the scene formed bucket brigades to control the fire from spreading. The structure and its contents were completely destroyed, but fire officials were able to extinguish the blaze. It is not confirmed but officials claim the fire was caused by an electrical fault. Victoria House is closed for the slow season, but will re-open by Thursday of next week!
We’ll have more on this story in Thursday’s edition of The San Pedro Sun! Stay tuned… 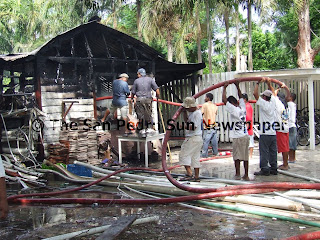 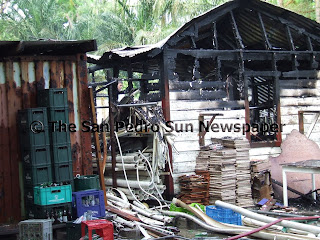 the cause of the fire was believed to be an electrical fault. 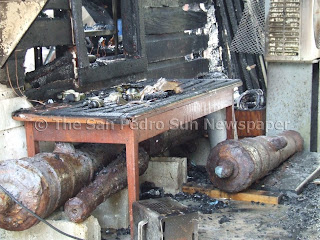 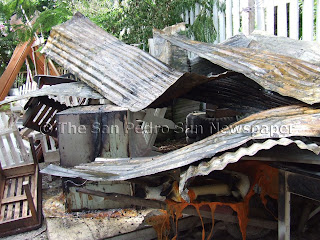 the structure and its contents were totalled.

31 dogs eradicated by the SPTC… poisoning to continue