Home » Community and Society » "the nightmare is over", Former Miss Belize wins case against Pageants Belize

"the nightmare is over", Former Miss Belize wins case against Pageants Belize 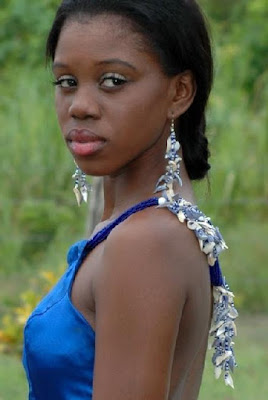 In a case that has been brewing for a while now against Pageants Belize Director Margaret Johnson, twenty four year old Former Miss Belize World delegate, Felicita “Leesha” Arzu emphatically announced on Tuesday, December 26th that she won the case in the Orange Walk Magistrate Court against her previous coach.
Whilst Arzu broke the news to The Sun via email correspondence, she was relieved to hear the news and claims that she finally got what she deserved – “justice.” The matter dates back since July of 2007 when Arzu’s coach, at the time, Margaret Johnson held a fashion show in Orange Walk which required the rental of chairs for the function. Owner of the chair rental company sought payment which never arrived and he demanded that payment be made. Johnson refused to pay him and, as a result, he sued Arzu for the money since she had been present when the chairs were rented.
In a letter issued by Arzu she comments, “To avoid the frequent trips to fight that loosing battle, I paid the man $480 Johnson owed him. During the time I was paying him, I sued Johnson for that same amount,” she stated. After countless adjournments, the case was heard on Monday, December 22nd by Magistrate Hettie Mae Stewart at the Orange Walk Magistrate’s Court. At the court hearing, there was no sign or appearance from Johnson or a representative from Pageants Belize. Despite Johnson’s absence, Judge Stewart proceeded with the case and heard Arzu’s side of the story. Arzu reiterated that it was never her responsibility to make the payment as according to the contract she signed to participate in the Miss World Pageant in Sanya, China in December 2008, it clearly stipulated that all expenses incurred would be dealt with by Pageants Belize. Arzu further stated that the fashion show raised over two thousand dollars ($2,000) which could have remedied the payment. Magistrate Stewart wholeheartedly agreed that Margaret Johnson (Pageants Belize) should pay the $480 fine she owes by February 15th, 2009 or will be distressed. Arzu explained to The Sun that the matter was more of ‘principle” than about the money, “Johnson was wrong to take advantage of me. So many young girls aspire to be Miss Belize someday. Imagine how they will feel when the person they are supposed to trust is the person who will put them through misery. Johnson should have taken responsibility for her actions but instead made me fight her own battle,” she ended. 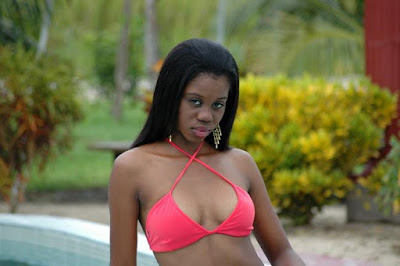 Leesha along with Miss Belize Universe delegate, Maria Jeffery and ex-Miss Belize Universe Tanisha Vernon, whose crown was revoked in July, led an upheaval against Johnson earlier this year for this and similar cases of misallocation of funds. It is uncertain if Jeffery and Vernon will proceed with their cases against Johnson. This is the second court case in two months against Johnson and the first dates back in November 24th of last year when Miss Belize mini Universe, Azizi Hoy won an undisclosed sum of money in another default judgment against Johnson. After the win, a triumphant Arzu exclaimed, “It was a very long journey for me but finally I received justice and it is such a relief, the nightmare has finally ended and I can only move on from here” she ended.

Photos:DFC brings Christmas to the children of San Mateo