Bicycles are perhaps one of the fastest modes of transportation on the island and for those tourists economizing; it is perhaps the cheapest way to visit Ambergris Caye. One tourist did not have the best experience after she was involved in a traffic mishap on December 28th on the island. Christine Rodriguez, an American lawyer from the State of California, explained to The San Pedro Sun that sometime between 7:00 and 8:00 p.m. on the night of question, she, along with her boyfriend Angel Topette, was riding her bicycle in the Banyan Bay Area when she was hit by a golf cart. The man behind the wheel was later identified as Harry Longsworth, manager of the town’s Transport Department whom Rodriguez claims was driving his golf cart while on his cellular phone. According to the lawyer, it was not until after Longsworth got off his phone that she was approached by him and questioned, “Why did you hit me?” 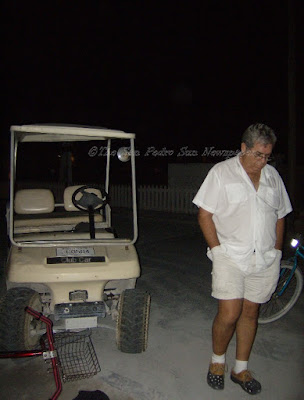 Harry Longsworth, who is the former Ambergris Caye Traffic Control Chairman, denied being on the phone while driving. He went on to explain that it was not until after the accident that he got on the phone to call the police for assistance. Longsworth stated that he was driving on Coconut Drive near Mar de Tumbo Area and was about to make a right turn in front of Los Caminates Store on his way home. It was while he was making the turn that he accidentally collided with a cyclist who was attempting to overtake the cart on the right hand side of the road. 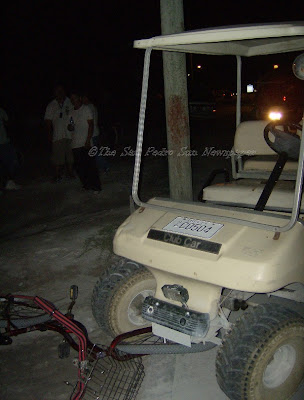 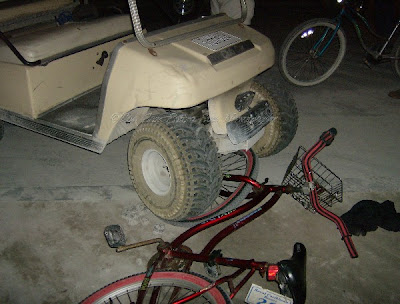 According to the Police Department, they responded to the scene of a traffic accident where they observed the right front wheel of a golf cart on top of the front wheel of the bicycle involved in the incident. While no one was seriously hurt, police still proceeded to process the scene and statements were recorded after which the police informed both Longsworth and Rodriguez of a notice of intended prosecution. Officer Commanding the San Pedro Police Formation, Superintendent Dennis Arnold clarified that neither individual wanted court action hence no one was charged. However, according to Rodriguez she was not given the adequate attention by police officers. Superintendent Arnold denied Rodriguez’s accusation stating that what she had wanted was for Longsworth to accept fault and compensate her for damages to the bicycle and medical expenses. Police officers told Rodriguez that the Department could not impose fault on anyone and it was for the court to determine who had caused the accident.
Read more on this story in today’s issue of the The San Pedro Sun! In stores now!