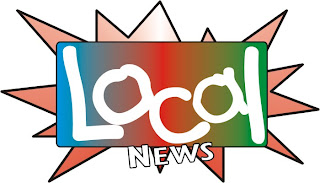 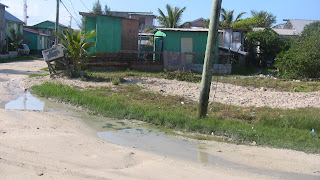 There is yet another land dispute in San Pedro Town, this time it is over the ownership of a parcel of land in the San Juan Area. The two persons involved in the dispute are People’s United Party councilor candidate Deborah Spain and Joel Chi who is employed as the driver for the Minister of Tourism and Area Representative of Belize Rural South, Honorable Manuel Heredia. On December 28th, 2007, Spain received a liaise certificate for parcel number 5444 registered under file R-318/2006 in the San Pedro Registration Section in the Belize District. After applying for property, finally on January 18th, 2008, Spain received a Purchase Price certificate stating that a down payment of $450 on the total value of $2,500 must be made within three months after which Spain would have three years to pay the balance. Receipts show that Spain made a down payment of $1,000. In an interview with The San Pedro Sun, Spain explained that when she returned a few months later to make the final payment, the Ministry of Natural Resources refused payment because the Ministry was being audited and land transactions were under investigation. Notwithstanding, Spain claims that she insisted on making the payment but was told by the Ministry that since there was a change of government, she (Spain) needed a recommendation letter from the Area Representative. Spain stated that she visited the Area Representative, Manuel Heredia who promised to give her the letter. Spain went on to explain that when she revisited the office, the secretary of the Minister had the letter printed but Spain alleges that the Area Representative refused to sign the letter. Because of this, Spain decided to conduct her own investigation and discovered that the Area Representative had recommended the land to his driver Joel Chi instead. 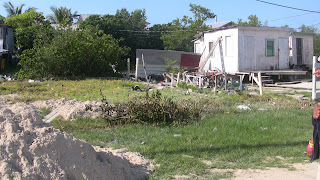 Chi had made an offer to Spain to purchase the land, but Spain refused. It was not until December 16th, 2008 that the Ministry granted a second liaise certificate for the same parcel of land in the name of Joel Chi. Chi moved swiftly to get the land into property and on January 7th, 2009 he received purchase price approval which he paid forthwith.
It was not until January 15th that Spain received a letter from the Minister of Natural Resources stating that her title was cancelled because of breach of section 9 and 12 of the land act. Section 9 of the land act states that “the building to be constructed by the lessee must be completed with a period of three years from the date of approval and to have minimum of value of $20,000 (sum is subject to vary). Section 12 states that (a) Non payment of rent as specified time, (b) any disposition on transfer or subletting of whole or any part of the land without written permission, and (c) non-observances or of non-compliance with any of the condition of herein contained or referred to, or specified in the least.” Spain claims that none of the conditions have been breached.
In a phone interview with Joel Chi, Chi told The San Pedro Sun that after realizing that Spain had no use for the land, he called her to purchase the land but she refused the offer. Chi claims that when he learned that a full payment for the property of the land was not made he proceeded to apply for the land and successfully acquired it. Chi went on to explain that he had no recollection of receiving a recommendation from the Area Representative Manuel Heredia, but stated that he got a recommendation from the Minister of Natural Resources and the Environment, Honorable Gaspar Vega.
Spain claims that she is being victimized because she is contesting the municipal election under the PUP ticket in San Pedro Town and that the situation is purely based on politics. She stated that she is suing the Government of Belize and that the matter is in the hands of her attorney and they are in the process of applying for an injunction until the court makes a ruling. It is important to note that once a payment on purchase price has been made, the holder has three years to pay the balance and the first payment makes the document a binding contract with the government.
Minister of Tourism and Area Representative of Belize Rural South Honorable Manuel Heredia is in London for the next two weeks, hence he was unavailable for comments. Calls were also made to Beverly Castillo, CEO in the Ministry of Natural Resources and the Environment, but Ms. Castillo was unavailable for comment as well.