« Older: World on alert over swine flu
Newer: » Gua rides around the world on mountain bike 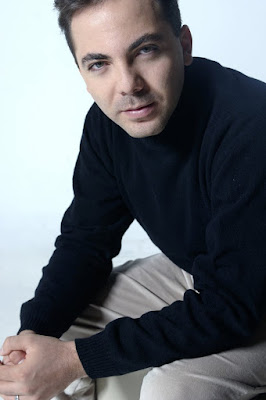 One of the many surprises is having International Sensation Cristian Castro as this year’s Saturday headliner.

Cristian Castro (born Cristian Sáenz Castro or Cristian Valdez on December 8th, 1974 in Mexico City) is a Grammy Award nominated Mexican pop singer. He is referred to as “Christian Castro”, “Cristian”, or “El Gallito Feliz” (The Happy Little Rooster). The son of renowned actress and singer Veronica Castro and comedian Manuel “El Loco” Valdes, Crisitan, as a baby, made his acting debut with the telenovela named El Derecho de Nacer. Soon after, he appeared on a television commercial with Veronica and on the Mexican version of the broadway show Mame alongside the prominent actress Silvia Pinal.

Castro is one of the best selling Latin artists and has worked with some of the world’s best producers including Kike Santander and Richard Daniel Roman.

Some of his greatest hits include: Vuelveme a querer, Azul, Por Amarte Asi, and Morelia.