Synergy brings Islanders to their knees on home turf


Week nine of the Belize Bank Super League brought a re-match on Saturday night when the San Pedro Islanders hosted the Santa Elena Synergy from the west. Earlier in the season the Islanders had blasted Synergy on their home field four to nil and on Saturday, it was all about “honor and respect” for the Islander inside the Ambergris Stadium. 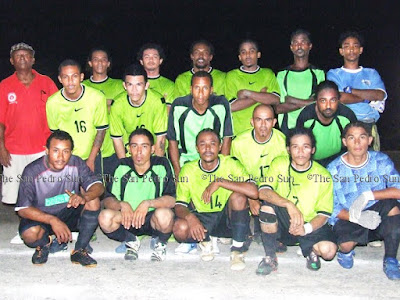 Multiple opportunities saw the visiting Synergy dominating most of the 45 minutes of the first half. At the end of the fist half the score board was blank leaving a bad taste in the mouth of the home team. Moving into the second half, saw a better San Pedro Islanders when veteran footballer Elito Arceo added pressure on the visiting team. However after various clashes, it eventually led to a fist fight within the field causing the expulsion of a player from each team. But the game continued; and in the last few minutes of the game, Synergy capitalized on a keeper error and stroked the net, giving the visiting team a one nil lead in the game. Despite multiple attempts by the Islanders, the ball just kept bouncing off the cross bar. When the long whistle blew at the end of the regular time, the end result was one nil in favor of Synergy. In week ten of the Belize Bank Super League on Sunday October 11th, the San Pedro Islanders will clash with Hattieville in Hattieville Village in a 3:00 PM game.