Home » Community and Society » Breaking News: Shyne to be deported to Belize

Breaking News: Shyne to be deported to Belize


Reprint from: The Baller Status Daily Urban Lifestyle Magazine
Rapper Shyne has been sitting in jail, despite being set for release after serving nine years of a 10-year jail sentence for a 2001 New York nightclub shooting.
His release was put on hold, while officials determined whether or not the 30-year-old rapper (real name: Jamal Barrow) should be deported back to his native country Belize.
This week, New York radio personality, Miss Info, reports that officials have decided that Shyne will be deported. 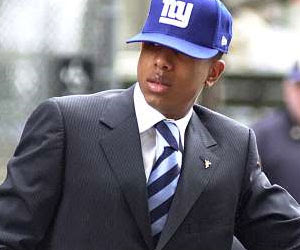 According to her report, Shyne’s team is fighting for him to stay in the U.S., where both his mother and grandmother live and raised him, but it’s not going to happen.
Shyne, however, plans to continue his fight from Belize, and is urging fans to reach out to New York Governor David Paterson’s office to petition for his pardon.
Fans can email the Governor here, or write to him at the address listed here.
“Shyne is one of the strongest people I know and he’s handling this situation just as I’d expect him to,” Hot 97’s Angie Martinez told Miss Info. “It must be frustrating for all of his friends and family; he served his time, and keeps getting all these different dates and conflicting information. But he’s a soldier, he’s dealing with it.”