16 year old injured while burglarizing a home in SP


A 16 year old minor remains under Police guard at the San Pedro PolyClinic after he was identified as being involved in an alleged early morning burglary. Police confirmed to The Sun that sometime on Monday morning, they received information of a burglary in progress. When they arrived at the scene of the burglary, Police were informed that the intruder had escaped but not before he was injured by the owners of the house. As a result, Police alerted the health providers on the island to report anyone who showed up with head injuries. 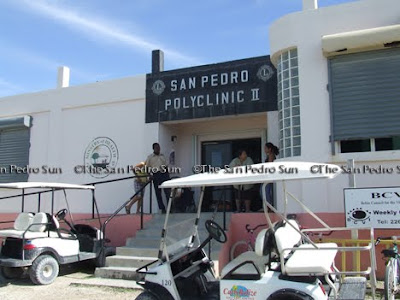 The minor fits the description given and his injuries match those inflicted on the intruder, and as a result, the injured minor has been detained as part of their ongoing investigation. According to Police, the minor will be taken to the KHMH for further medical treatment and will remain under police guard. Read more in this week’s issue of The San Pedro Sun.