The Ambergris Stadium came alive like never before, packed to the max, as the San Pedro Seadogs hosted Shanaiah of Corozal to the first game of the BPFL Closing Season. It was a festive and well organized kick off for San Pedro fans as the spectators were witnesses to great entertainment before and after the match.
After a brief ceremony, Miss San Pedro kicked the first ball of the game to officially open the closing season. Then came the Seadogs; they stepped on the football field dressed in blue and white and ready to pick up their first big win at home. Even with the big crowd at the Ambergris Stadium, that did not discourage Shanaiah of Corozal as they stepped on the playing field with full force. 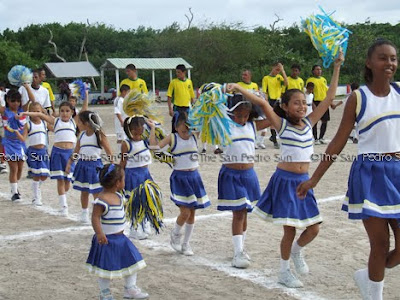 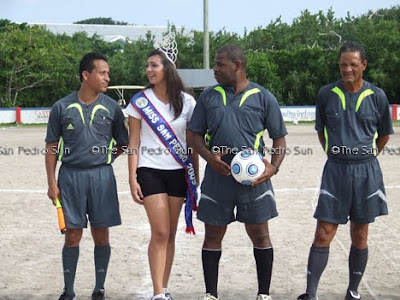 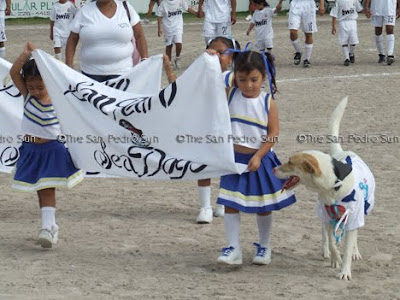 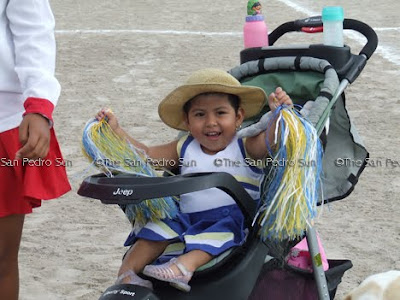 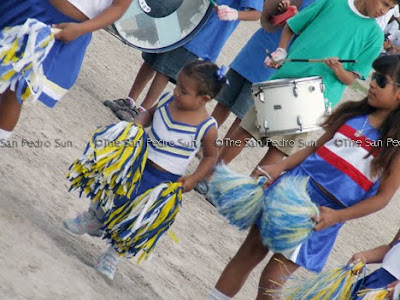 The spectator enjoyed the entertainment. 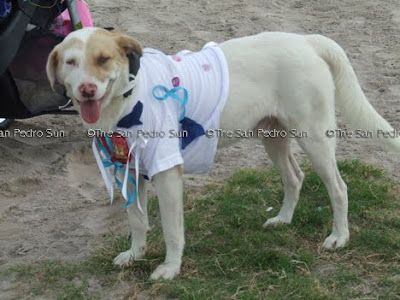 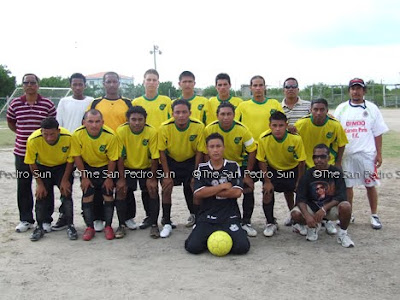 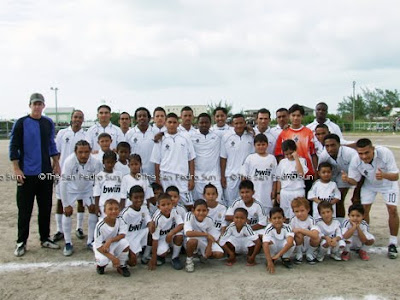 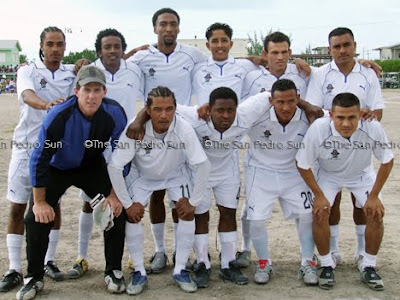 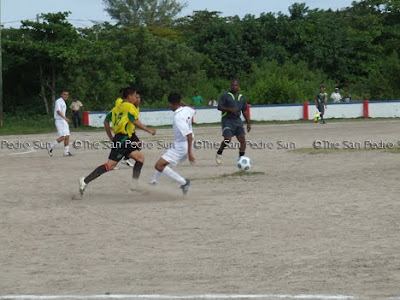 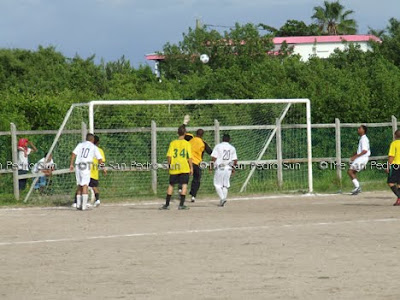 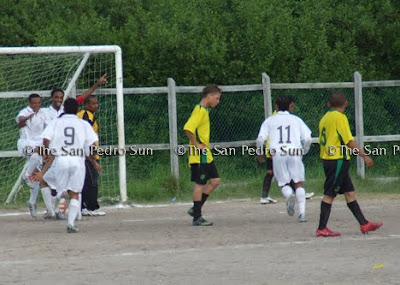 Then came the second goal to make it a 2 to 0 game in favor of San Pedro Seadogs! 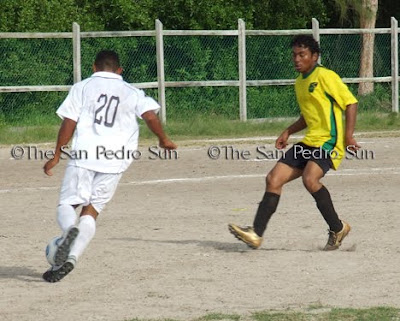 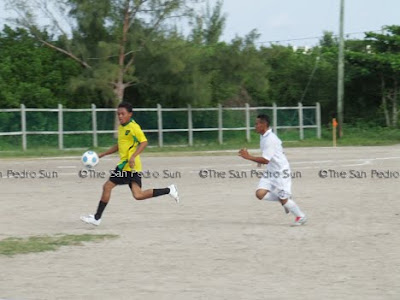 Looking into the first half of the game, in the 18th minute of the ball game, San Pedro’s Gabriel “Gabo” Hernandez, surprised the keeper with a right kick outside of the 18 yard box and scored the first goal of the game. Shanaiah tried on countless occasions to come back into the game, but could not capitalize on the opportunities. Then in the 39th minutes of the first half, Angel “Santa Martha” Cantun took advantage of a spot kick and managed to slap in the second goal of the game; San Pedro Seadogs were up by two goals.
In the second half of the game, Shanaiah managed to counter attack and defend their turf for the most part of the 45 minutes. San Pedro on the other hand, failed to capitalize on numerous opportunities but managed to remain in control of the game. The game ended in a 2-0 match.
Congrats to the San Pedro Seadogs and their committee on their first Big W. On Sunday, the Seadog will travel to Belize City for their second game and The San Pedro Sun will also have highlights of the games.