A post mortem examination conducted by Dr. Mario Estradaban concluded yesterday on the body of Cpl. Gavin Sanchez. Cpl. Sanchez was fatally wounded in the wee hours of Thursday morning inside the hallway of the police barracks located behind the San Pedro Police Department. 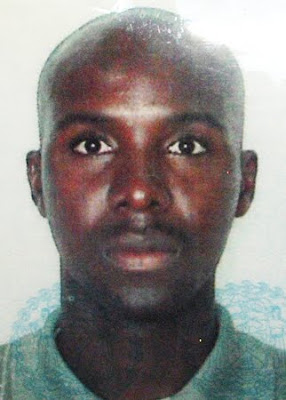 Cpl. Gavin Sanchez (deceased)
Dr. Estradaban’s examination concluded that, Cpl. Sanchez had nine (9) bullet entry and seven (7) exit wounds to his body. Cpl. Sanchez’s cause of death has been certified as trauma shock due to severe head injuries due to multiple gunshot wounds. According to Dr. Estradaban, further studies to Cpl. Sanchez’s body will be conducted and these will determine the trajectory of the bullets. For certain, the post mortem examination has revealed that Cpl. Sanchez was shot more than one time to the head.
In an interview with Channel 7 News, Taralee Sanchez, wife of Cpl. Sanchez, stated, “This is definitely murder. This is murder definitely, no if but or maybe. Nine times, that is shoot to kill because then according what I understand is that when they shot him in the foot, Sanchez asked him why you shot me and then he shot him again after that and if he had he and two BDF soldiers along with him, why shot in Sanchez foot and they could have restrained him. So if Jeffries wants to say that is justifiable, I don’t think that is justifiable. […] 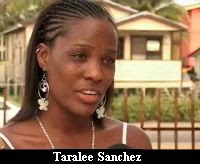 Maybe he [Cpl. Sanchez] did hit him with the pipe because they said Reyes head was bust but then I mean if Andre had a pipe and Reyes had a gun with two BDF officers, why shot Sanchez for only a pipe. If he only shot him one time, he had on a bullet proof vest, if you even shoot him in his vest, why did he have to get shot in his head? He got shot 9 times, even in his back. How did he get shot in his back?”
Cpl. Sanchez was shot by fellow police colleague Sergeant Paulino Reyes after being detained for disorderly behavior at Wet Willy’s Bar on Thursday. Shot rangs out in the dark, and at 3:30 a.m. Dr. Javier Zuniga of the San Pedro PolyClinic pronounced Cpl. Sanchez dead.
The Police Department is conducted two investigations, a criminal investigation to determine if the force used against Cpl. Sanchez was justifiable on behalf of Sgt. Reyes, and an internal affairs one to determine why Cpl. Sanchez was not placed inside a holding cell after his detention. Information as to what exactly happened is sketchy but what is alleged is that Cpl. Sanchez waited for Sgt. Reyes behind the Police Department in the barracks area. He proceeded to hit Sgt. Reyes on his head and Sgt. Reyes realizing that Cpl. Sanchez was armed and fearing for his life, opened fire.