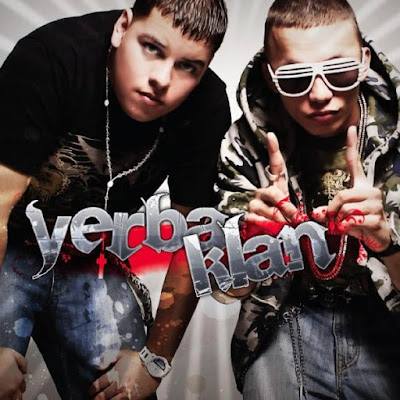 Friday night’s lineup has just gotten even more exciting, as Honduras’ Yerbaklan will be on stage performing to your heart’s delight. They’ve been here before, but under a different name. Now, with a fusion of reggaeton and urban rhythms, Cesar Castaneda (Csarec) of San Pedro Sula, and Jaime Colindres (Jimmy James) of Tegucigalpa, are one of the most well-known duos in Honduras. Csarec and Jimmy James both dreamt of becoming artists/singers from a very young age, writing their own lyrics and making their own music. They eventually fused their styles and became what is now known as Yerbaklan.

They are influenced by such artists as UB 40, Boyz II Men, Vico C, El General, Shabakan and Nando Boom. They got their start in 2004 when they were included in a compilation called “Leyenda 2”. This production catapulted them via newspaper media, radio and television, both local and national. In 2005 they were recognized as “Duo of the Year”, and got top radio and television rotation with their hit “La Vaquerita”.
They even traveled and performed throughout Honduras, Guatemala and San Pedro, Belize for Costa Maya (2005). They have had the good fortune to be the opening performances for artists such as Calle 13, Don Omar, Daddy Yankee, Rakim y Ken-Y and Tito “El Bambino”. In 2008, they held a concert of their own in Honduras, and caught the attention of US record label “Xatruch Music”.
Their first album, called “Primera Clase” started production in 2009, and if their 2007 singles “Sexy Gial” and “Tu Amante” is anything to go by, Primera Clase is a guaranteed hit for this talented duo. And now, festival goers will be able to enjoy them in the flesh as they once again hit the stage, polished, primed and ready to blow you away. Be sure to catch the front row when Csarec and Jimmy James come on stage.