The National Secondary Schools Sports Association (NSSSA) Basketball Championships were held this past weekend in San Pedro. The championship games were hosted by the San Pedro High School and took place at the newly renovated, Rafael Angel Nuñez Auditorium. The games were played on Friday December 16th and Saturday December 17th. 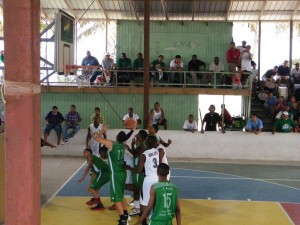 With these games played the winners in both categories are as follows:

Selected for Most Valuable Players in the two categories are as follows: With 19 points, 11 rebounds and 3 steals was Miss Gilda Estrada of Saint Catherine’s Academy and in the male category; Andrew Ortiz, with 40pts and 28 rebounds of Sadie Vernon High School. Congratulations to all the teams that competed.