On Tuesday, October 23rd eighteen year old Miriam Rodriguez, a student of the San Pedro High School and resident of the Boca Del Rio area in San Pedro Town was arrested and charged for the offence of Committing a Mischievous Act. Rodriguez reportedly went missing on Saturday October 20, 2012 while in Belize City and returned home on Monday, October 22nd.

Upon her return to the island Rodriguez reported to the San Pedro Police where she provided a statement to the Officer in charge of the Crimes Investigation Branch. In her statement, she claimed that she was on her way back from Belize City after purchasing her laptop when at the water taxi she went to a faucet by the bathroom facility to wash her feet. She stated that this was where two dark skinned male persons grabbed her, took her into a taxi, drove her to an abandoned house, injected her with a substance and took her laptop and cell phone. According to Rodriguez her abductors ordered her to call her mother and demand $10,000 for her release – or else. According to her mother, Rodriguez was forced to call her a second time where the threat was re-uttered. Rodriguez further claimed in her statement, that the following day she was taken in a van where she saw a sign that said Dangriga. In the van she claimed that there were three men of dark complexion with her. 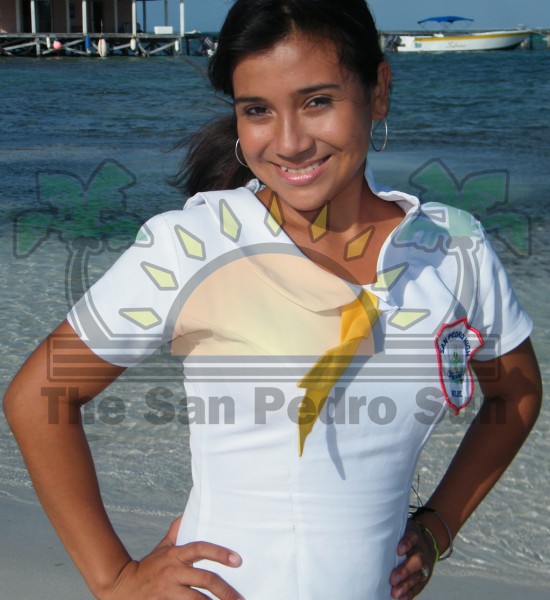 Her story becomes more complicated as she went on to claim that on the morning of Monday the 22nd the three men proceeded to have sexual intercourse with her against her will, kicked her several times then tied her up and threw her out of a vehicle in Belize City, on Albert St. She stated that she managed to untie her hands and asked a woman to borrow her cell phone. This she used to call her boyfriend who came to get her.

According to CIB officer in San Pedro, he interrogated Rodriguez a second time where he asked her questions he had previously asked – and her responses were very inconsistent. He informed her, in the presence of her mother that he was finding difficulty in believing her story and that she would be sent to Belize City, where the surveillance cameras at the water taxi were being reviewed and that she would report to the CIB officers there.

Rodriguez was taken to Belize City on Tuesday, October 23rd where she reported to the Crimes Investigation Branch and made a report that she was raped by two unknown dark complexion male persons who kidnapped her from the Belize Express Water Taxi Terminal on North Front Street. In the same interrogation, she changed her story saying she was not raped but was assaulted in an indecent manner. Later, she changed her story a third time stating that she had lied as she was with a male friend who has family in San Pedro, with whom she agreed to meet on their last Face Book communication. Rodriguez admitted to staying at a hotel with the male person from Saturday the 20th until Monday the 22nd and also admitted to fabricating the story. According to CIB officer in San Pedro, the penalty for this act ranges from a fine of $75.00 to $250.00 depending on the magistrate’s decision.