Speeding in any situation can be dangerous. It has been reported as the cause of many fatal accidents and continues to be faulted for many accidents around the globe. In San Pedro speeding is a problem as well; be it by road or water. One problem in particular is the boat traffic on the western river leading to Boca del Rio. 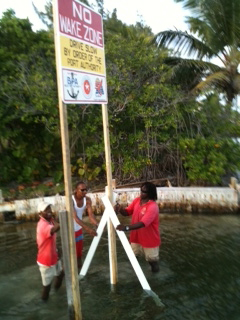 The water way stretches from the western fuel station on the lagoon side all the way to the eastern part of the Boca Del Rio waterfront. According to Phillip “Billy” Leslie, president of the San Pedro Tourist Association, steps have been taken to curb the speeding problem. “We have placed four large signs and twelve small – No Wake Zone – signs along the stretch of river from the west station, northbound to the Boca del Rio water front.”
The placing of the signs was a joint effort by the San Pedro Tourist Guide Association, the San Pedro Town Council and the Belize Port Authority with the assistance of Tuff E Nuff Tours. The hope is that boaters will see the signs and slow their speed to avoid accidents in the area. Billy continued, “the hope is to be able to prevent more accidents on the water way. Because you know it is part of a town and there are people who live especially across in the San Mateo area that use canoes and sometimes even surfboards to cross the river to get to their homes. As for as the Tourist Guide Association it is a concern, we are looking more at minimizing the damage done to the mangrove eco system by speeding vessels in the area.”
While the area has always been designated a No Wake Zone for years, individuals in the past have been able to get away with speeding, using ignorance as an excuse. According to Leslie, “when we had apprehended people breaking the law in the past they had always stated to the magistrate that they did not know and as a result the magistrate would be very lenient with them. Now that the signs are there, people can’t say that they didn’t know.” 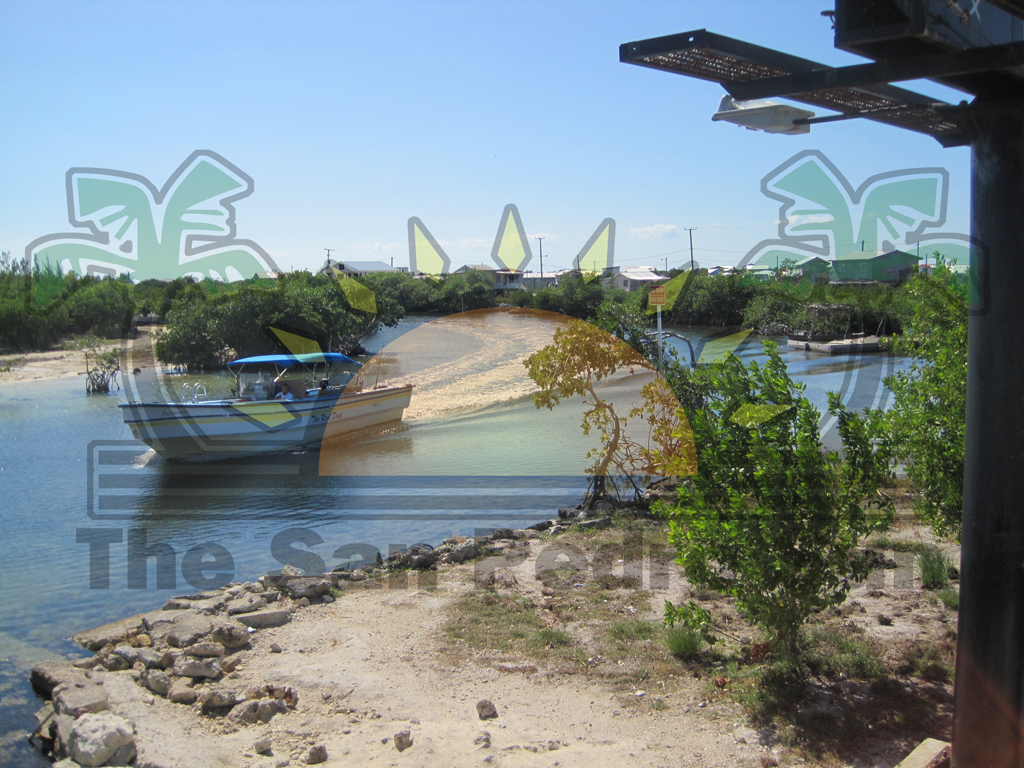 Fines for speeding in a No Wake Zone area vary, depending on the offence. Billy explained that the first offence carries a fine of $50, $150 for a second offence while a third offence carries a fine of $500 and the possibility of having one’s vessel impounded. According to Leslie the San Pedro Town Council has agreed to place other No Wake signs along the beach areas on a smaller scale. Both the water fuel stations have been identified as areas needing these signs.
In ending, Leslie asked that all boaters respect the signs and be considerate of the safety of other residents as well as preserving our very sensitive ecosystems.