The 8th edition of the Belize International Film Festival (BIFF) is finally here. BIFF will take place from Thursday, July 11th to Monday, June 15th with screenings across the country and main events in San Pedro Town, San Ignacio Town and Belize City. The five days will be filled with film screenings, workshops and seminars for persons in the filming industry, and of course glamorous parties and food galore.

The primary goal of the BIFF is to provide a space for the exhibition of films from Belize and the neighboring regions of the Caribbean, Central America and Southern Mexico, so that these audiences can see their images onscreen and be motivated to create more.
BIFF will kick off with the opening night “Red Carpet Gala” at the Bliss Center for Performing Arts in Belize City. The “Red Carpet Gala” includes a cocktail party and opening ceremonies followed by the screening of “Home Again”, directed by Canadian film director and screenwriter Sudz Sutherland. “Home Again” tells the dramatic story of three deportees, who struggle to find hope and a new life in their country of birth. Immediately after the screening, the party moves to the “Lighthouse Party Boat” departing from the Radisson Marina. Guest will have a chance to enjoy the tracks of Belize’s premier female DJ, Linda Blease, “Miss Blease from Belize.”

On Friday, July 12th, from 8:30AM to 3PM, BIFF will be hosting an Audiovisual (AV) Industry Symposium at the Belize City House of Culture. Events for the day will continue in the Orange Walk District with the screening of “Garifuna in Peril” from 7:30PM to 9:30PM at the Queen Elizabeth Park in Orange Walk Town. “Garifuna in Peril” is presented by filmmakers Ali Allie and Ruben Reyes and tells the tale of historical and contemporary issues facing the Garifuna community such as education, health and land rights, and is the first feature film with a majority of its dialogue in Garifuna. The film was made in Los Angeles, California and Triunfo de la Cruz, Honduras, and consists of entirely Honduran and Belizean actors.

On Saturday, July 13th, BIFF hosts several events across the country. At Belize City “Calypso Rose: Lioness of the Jungle” will be screened at the Princess Cinema at 9PM followed by the “Rose and Rhaburn” live concert at the Belize City House of Culture. “Calypso Rose: Lioness of the Jungle” is directed by Pascale Oboloand looks at the life and times of Calypso Rose, a musician from Trinidad & Tobago. The Institute of Mexico will also be having the “Merida Film Festival Showcase” atNewtown Barracks, Kings Park in Belize City from 3:30PM to 8:30PM. Aswell, San Ignacio Town will be hosting the screening of “The Candidate and Her” at 7:30PM, followed by an All White Pool Party at Midas Resort.

Directed by Roberto Girault, “The Candidate and Her” is a Spanish film with English subtitles tells the story of a couple thought to be the image of a happy marriage, and the challenges they face to keep their family together.
San Pedro Town will also be hosting their share of events on Saturday, July 13th. At 6PM Paradise Theater will be screening “Hopelessly Together” a Cuban musical about love, racism, and double standards directed by Jorge Sánchez. The screening will be followed by a Masquerade Party at Caprice Bar and Grill.

On Sunday, July 14th the 24-hour online screening of the winning video competition will take place. BIFF will culminate with the Closing and Awards Presentation on Monday, July 15th at the Belize City House of Culture from 9:30AM to 11AM. 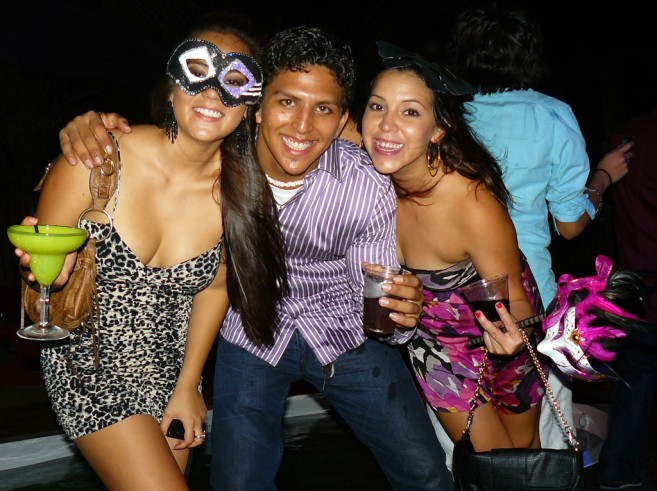 Throughout the five days, Princess Theater will be screening all entered films. To view a full schedule of events, purchase tickets for the listed events and to learn more on the Belize International Film Festival visit www.belizefilmfestival.com or contact Suzette Zayden at phone number 227-2110 or email [email protected]