The BDF Youth Cadet Corps Annual Summer Camp for 2013 concluded over the past weekend in Toledo. This year’s camp was held at the Julian Cho Technical High School located in the village of Big Falls, and was attended by close to 300 cadets from around the country. 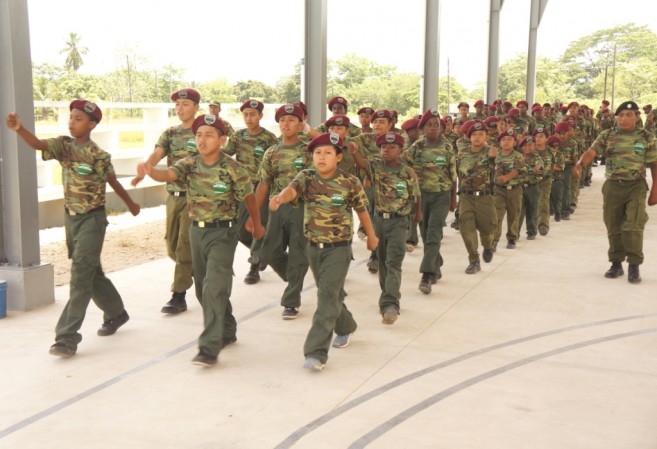 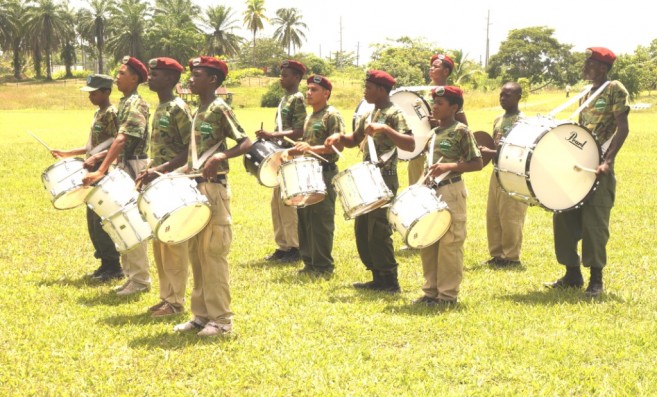 The Minister ended the visit with his remarks to the youths and their supervising officers from the Belize Defence Force and its Volunteer Battalion. He congratulated the youths for their involvement in such a positive endeavor and encouraged them to continue being a good example for other young people to engage in such positive activities towards good character development and acquiring of valuable lifetime skills. He also commended and thanked the high command and officers of the Belize Defense Force and its Volunteer Battalion. 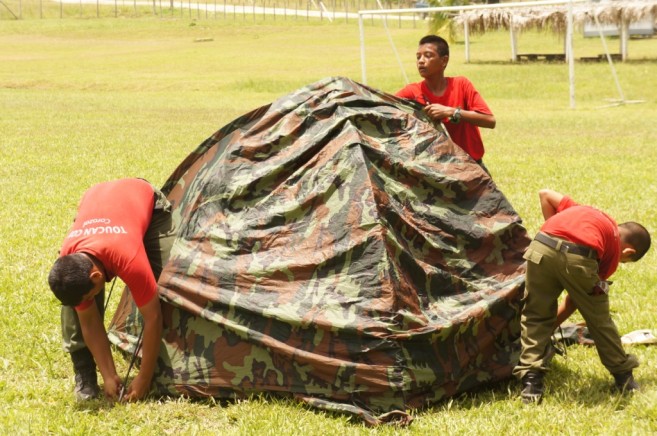 The BDF Youth Cadet Corps, which was started in 2008, is now 650 members strong, 120 additional members having been added over the past year as part of a commitment by Minister of National Security, Hon. John Saldivar which he announced when he visited the BDF Youth Cadet Corps Summer Camp last year in Cayo District conducted at Eden High School in Santa Elena, that announcement being that he would secure additional resources to increase the size of the BDF Youth Cadet Corps, doubling its members over three years from the 500 at which it stood at that time, to a total strength of 1,000. The addition of 120 new members over the past years was the first step towards fulfilling that commitment, with additional increases due 2014 and 2015 to bring the total membership to the 1,000 that was promised.