The 5th annual three-day Tres Pescados Slam Fishing tournament ended on Saturday August 17th. A total of 19 anglers competed in this year’s tournament, which saw the participants applying their fishing skills in both good and bad weather conditions. The purpose of the fishing tournament is to highlight the importance of the three species of protected fish in Belize – Tarpon, Bonefish and Permit. At the end of the competition, the team Pesca con Mosca topped the other anglers. 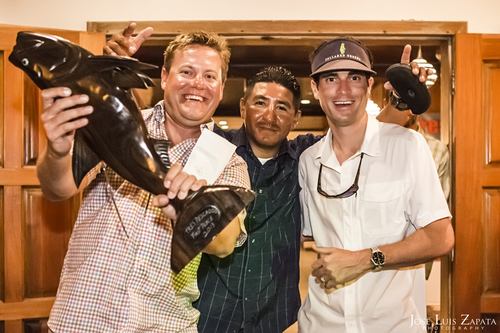 In the first day of the tournament, the weather was not the best. “Day one saw cloudy and dreary skies as a tropical depression moved towards the Yucatan, but anglers remained optimistic. In the end teams prevailed and both bonefish and tarpon were landed in the tough conditions. Pesca con Mosca and team Big E took top honors, both racking up 575 points. Last year’s third place team Anglers Abroad was a close second at 300. Daniel Smith, the tournaments youngest angler at 14 was in a tie for 3rd with his team the Holiday Strikers,” explained a press release from Flyfish.com, the tournament’s organizer. 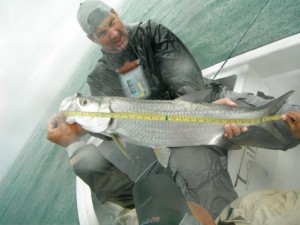 Despite the bad weather, days two and three saw several grand slams. “The start of day two saw similar conditions to the previous days fishing. By midday the skies cleared up and the fishing improved drastically. The top teams were still fighting for those top three spots. The first permit of the tournament was landed, but in the end all teams were still looking for that grand slam fish. The final day of competition saw beautiful weather and the trophies were up for grabs. As expected several teams came in with that final fish for their grand slam and it would go down to the wire. Excitement was clearly visible at the Holiday Hotel venue, but anglers would have to wait for final results at the awards banquet later that evening.”
At the end of the tournament, first place was captured by Pesca con Mosca comprising of anglers Tim O’Brien, Kyle Kuling and fishing guide Cesar Acosta who captured 1550 points. Second place was Big E Flats comprising of angler Eric Wasserman and fishing guide Abner “Abbie” Marin who got 1325 points. Third place was Fin Addicts comprising of anglers Dean McNaught, Kevin Gallant and fishing guide Emir Marin who secured 675 points. The Top Guide Award went to Cesar Acosta of El Pescador Resort. 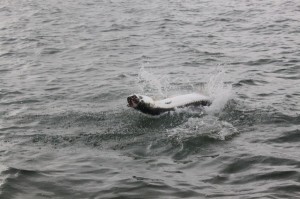 According to the organizers, during the three days, a total of 88 Bonefish, four Permits and seven Tarpon were caught, measured, documented and released. This year, there were three Grand Slams (all three types of fish caught).

“The tournament raised $12,000BZ for the newly formed CARLOS MARIN FOUNDATION in Belize. These funds will be used locally in Belize to benefit the bonefish, permit and tarpon fisheries, their habitats and the protection of both. On hand for the awards banquet were all our teams as well as many of our sponsors and friends,” ended the release.
The organizers take the opportunity to thank those who made the event a huge success for sport fishing in Belize. Those sponsors are: Presenting Sponsors – Simms Fishing Products, Belize Tourism Board and Coastal Zone Management; Platinum – Costa, Victoria House and Marelco; Gold -Belizefly.com, Scott Fly Rods, El Pescador and Fly Treks; Silver – Yellow Dog Fly Fishing, Anglers Abroad, Holiday Hotel and Redhouse. 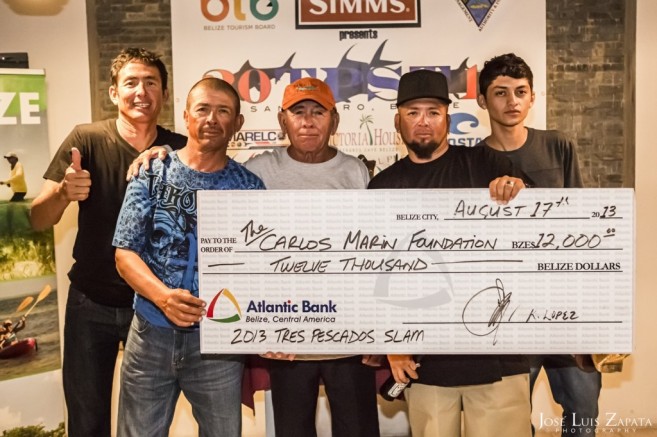 The date for next year’s tournament has been set and scheduled for July 24th – 26th. The San Pedro Sun congratulates all the participants as well as the winners of this year’s Tres Pescados Slam Tournament