The Belize Chamber of Commerce and Industry (BCCI) hosted their 17th annual Expo Belize Market Place on the weekend of September 14th and 15th. The two-day event attracted over 19,000 people at the Institute of Technical Vocational Education Training (ITVET) facility on Freetown Road in Belize City. The Expo Belize Market Place is held to coincide with the September Celebrations and provides the business sector with the opportunity to showcase goods and services at one of the biggest trade shows in Belize. 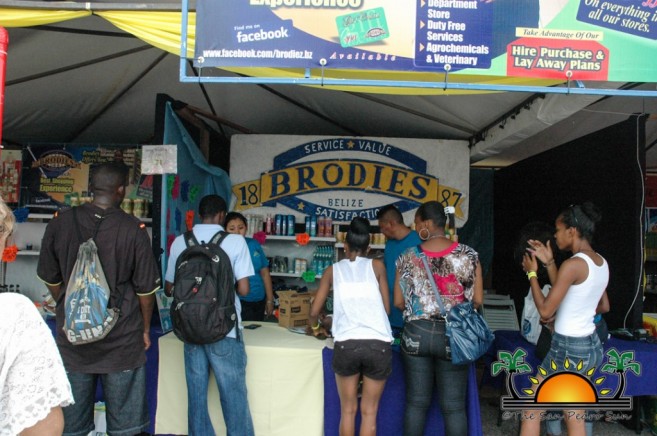 Businesses had the opportunity to offer extraordinary deals, while the trade show provided an innovative way to highlight new businesses at the same time provide good entertainment to the people who attended.
“An impressive 19, 000 plus visitors swarmed in from various parts of the country to experience the largest trade show in Belize. The various attractions this year included the participation of the Cooperatives of Belize, the Department of the Environment, other governmental and nongovernmental organizations, Embassies, popular local artists and artisans, the fuel and oil companies, children’s entertainment corners. In addition to displays from the numerous commerce, manufacturing and services sectors, this year’s EXPO also had the participation from a Guyanese company Edward B. Beharry & Company Ltd,” report the BCCI.

The Expo was declared open on the first day of the event during official opening ceremonies which had the participation of guest speakers Kent Clare, Commissioner of the Income Tax Department who spoke about the importance of paying taxes and Amparo Masson, Director – Public/Private Sector Dialogue, who highlighted accomplishments through the Private-Public Sector collaboration. The ceremony was livened up with great entertainment and a special presentation from Jex Trophies Company, who awarded the Belize National Football Team with trophies for their excellent participation at this year’s Gold Cup.
There were spectacular deals on phones by the two large phone companies, as well as other smaller phone dealers. Also competing were purveyors of food and household items, and people got to enjoy discounts on special offers. In the beverage sector, the local beer brewing company Belikin was clearly challenged by the other Caricom and imported beer companies such as Carib, Kubuli and Heineken who offered drinks at ridiculously low prices. Other service providers such as the cable companies, local and international airlines and NGO’s took the opportunity to educate the visitors about their various services. 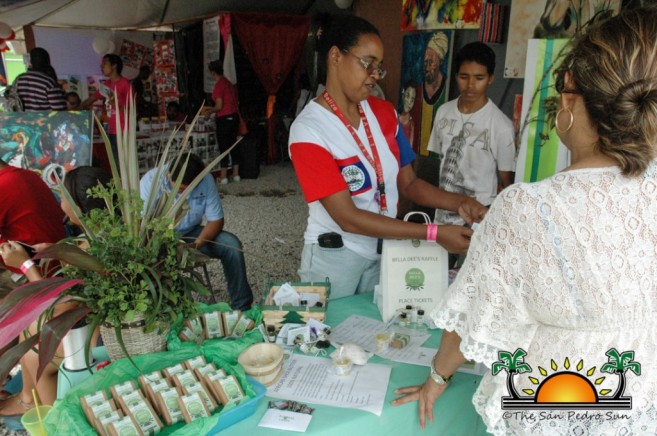 “The BCCI invited and encouraged members and expo exhibitors to attend the opening ceremonies and present their business cards for an opportunity to win a free booth for Expo 2014. Before the culmination of the ceremonies, the Chamber conducted the raffle and the lucky winner of the booth for 2014 was Mr. Rene Guerra, owner of Arts and Craft. We congratulate Mr. Guerra and look forward to his participation at Expo 2013,” said the BCCI

While the visitors to the Expo 2013 capitalized on the excellent deals, the entertainment on the stage was non-stop. A number of local artists graced the stage with live musical performances including the talented Nello Player, as well as Super Furia Band, and many others who contributed to the celebratory atmosphere.
The BCCI takes the opportunity to thank the general public for their continued support, its sponsors, its members, expo participants, and its staff for all their dedication and hard work in making Expo Belize Market Place an ongoing success. According to the BCCI’s, this year expo has been the biggest in its 17 years of the existence.