Dangriga was crowned the elite basketball champions of the Gaspar Vega Elite basketball tournament this past weekend. Eight teams participated- one team representing each district as well as Belmopan and San Pedro. Dangriga won a cash prize of $1000. 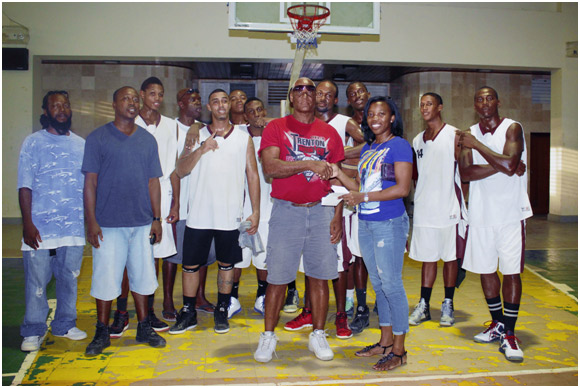 In August of this year at the Ballers for Life Summer Camp, Dangriga also won the U 12 and the U 18 categories.San Ignacio the runner up team went 2-1 and was led by Kurt ‘Chengo’ Burgess. He was also surrounded by a number of young guards as well as smooth point guard Ivan Flowers.

This weekend’s elite tournament was a preview of the National elite basketball league that is scheduled to commence early next year.The rosters of theses teams will not necessarily remain as they are for the national elite league but if it is any indication of what’s to come, there are a lot of young and new faces that will be introduced to the basketball landscape. Here are few names to look for in the future: Brian White- Belize, Trevaughn Usher, Shai Peters- Dangriga, Randy Usher and Roger Reneau- Orange Walk, Jaime Carbajal- San Ignacio.

The Belize Basketball Federation would like to give special thanks to the sponsors of this tournament—the Hon Gaspar Vega and Belize Telemedia Ltd.