The San Pedro Lions Club has selected the winning Peace Poster that will represent the club at an international competition. Zulema Ayala of The Island Academy was selected from amongst 38 entries that were submitted from four different schools on Ambergris Caye. The top three entries were announced on Friday November 22nd at the San Pedro Lions Den, and the three artists stopped by to receive their prizes. 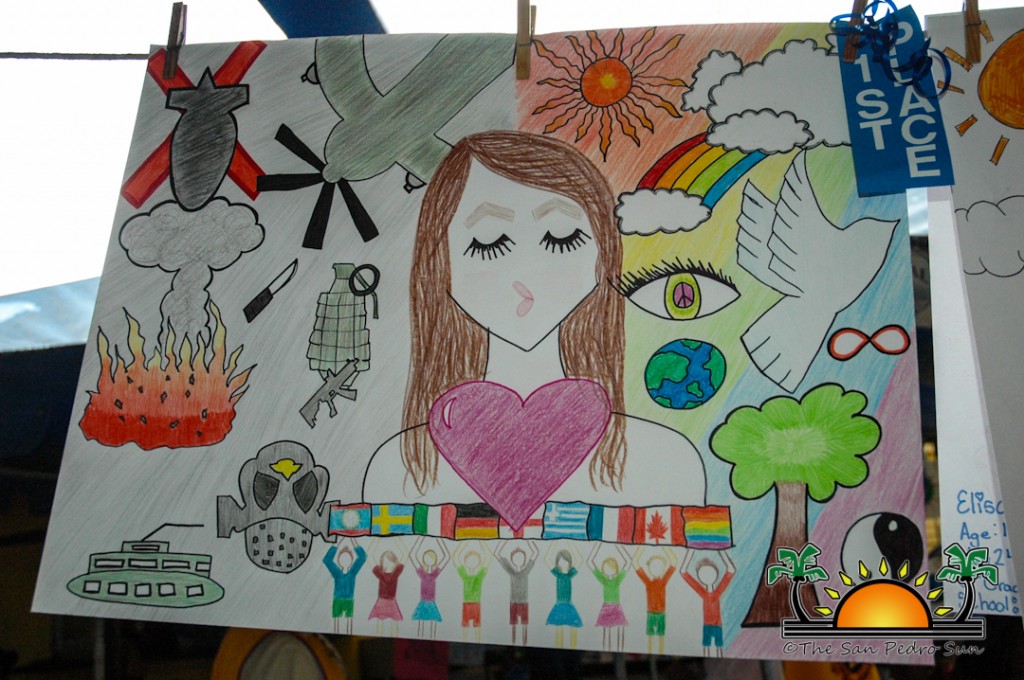 According to the San Pedro Lions Co-Chair of the Peace Poster competition committee, JanBrown, the judges had a difficult task selecting the winner. Brown said that after carefully looking at the criteria, the incorporation of the theme and other details, Ayala’s poster was the pick. “The students’ art work was very well prepared. They had some deep thoughts on the theme if you really look at the posters closely. This year’s theme for the International Peace Poster Competition was ‘Our World, Our Future.’ Most of the students incorporated the country and the theme, but some went and thought outside of the box and include the world into their posters. Each student that participated had to be between 11 and 13 in age by a certain date. Zulema’s poster was selected and we are happy that we have a poster that we will be sending to the international competition scheduled for2014,” explained Brown. The international winner and top 24 entries worldwide will be notified in February 2014 and will be invited to an international ceremony on March 2014. 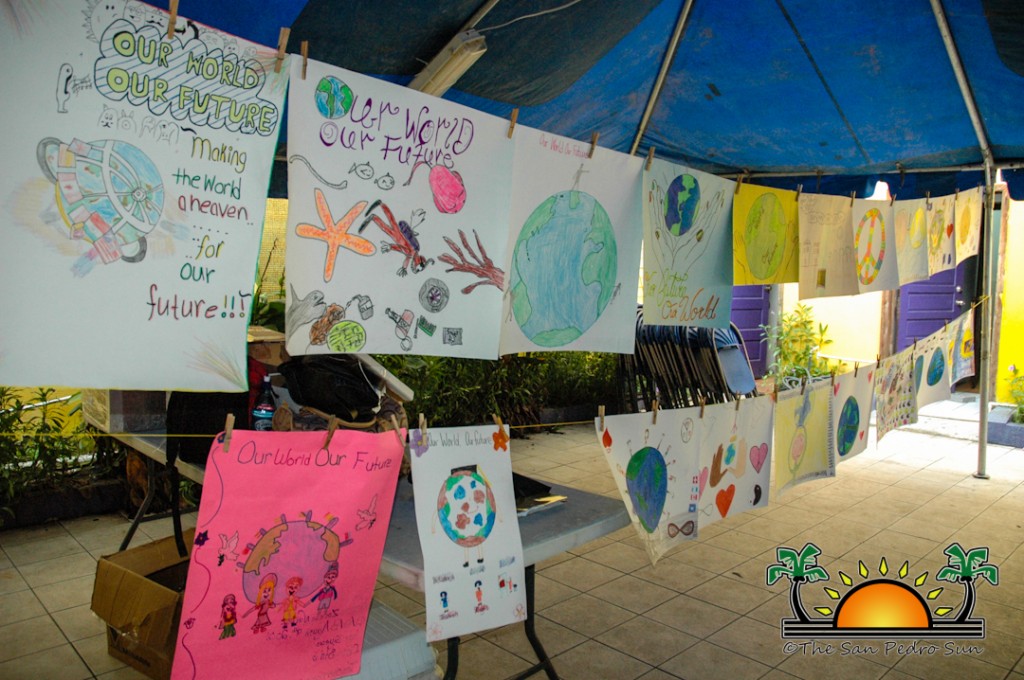 The 13-year-old Ayala was excited and explained that she was happy to bring across her expression of the theme. “We can go from war and unhappiness, to peace and love through one child at a time. I incorporated all the flags and I had children holding it up symbolizing peace throughout the world. I also incorporated the gay flag because they should be treated the same, just as anyone else. It wasn’t hard to come up with my idea and incorporate the theme because these are everyday issues we go through in our community and on the street and throughout the world. It is something we all have to deal with. I didn’t matter if I won or not, what matters is that I am able to express my idea on what I believe can bring some peace. ” The first place winner received $200 cash and an Achievement Award. In addition, her poster will be sent to the US for the finals judging at the international level. The top prize winner will be awarded US$5,000, and 23 Merit Awardees will take home US$500each.

Second place in San Pedro went to 11-year-old KemreRippon of TheIsland Academy who received $100 plus an Achievement Award. Third place was awarded to 13-year-old Carla Rivas of New Horizon Seventh Day Adventist School. Shereceived $50 plus an Achievement Award. All the students that submitted entries at the local level received certificates of participation and an ice-cream coupon sponsored by Manelly’s Ice Cream.

24 international finalists are selected to represent the work of more than 350,000 young participants from around 75 countries worldwide. Since 1988 more than 3.6 million children have participated in the International Peace Poster Competition