Home » Community and Society » Entertainment » San Pedro ushers in 2014 with a bang!


Hundreds of visitors and islanders were out and about to greet the New Year on Ambergris Caye on December 31st. At the stroke of midnight, fireworks sponsored by the San Pedro Town Council (SPTC) burst over the skies of La Isla Bonita as the SPTC organized the annual New Year’s Eve block party. Others gathered at various establishments with champagne and wine in hand to toast to a New Year. 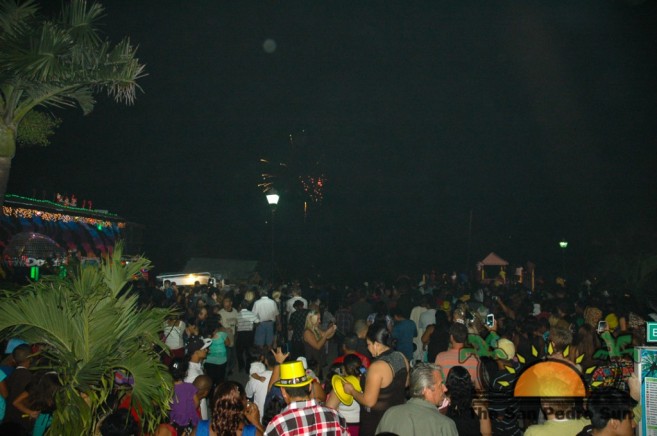 The evening kicked off when the SPTC erected a huge stage at the foot of the Town Clock on Barrier Reef Drive. During the course of the night, the stage saw various entertainments including performances from the San Pedro High School Band and Rompe Raja. Just before midnight, the Mayor of San Pedro Town, Daniel Guerrero along with the Area Representative Honorable Manuel Heredia Jr. took the opportunity to encourage everyone to have a safe and prosperous 2014. Then they were joined on stage by other local elected officials to share party favors with the hundreds who gathered on the street. At midnight, the fireworks lit the skies in a spectacular show which ushered in the New Year 2014. 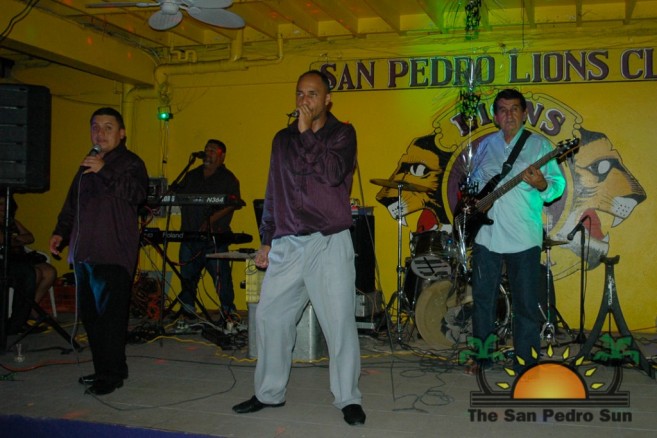 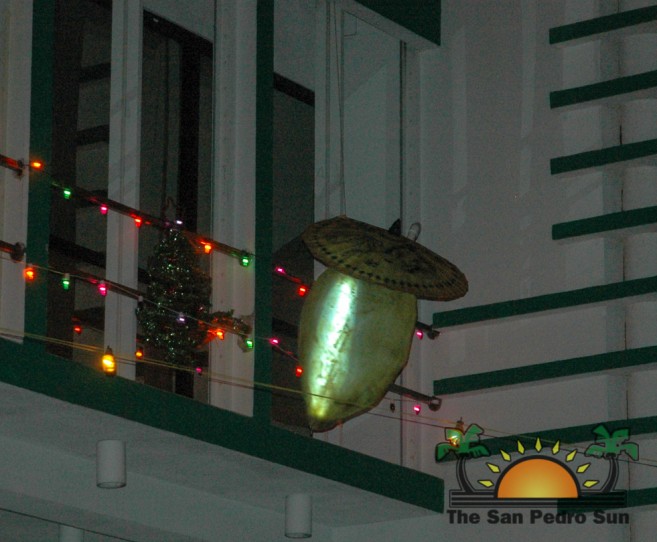 Others gathered at Lola’s Pub where a large tent was placed on the street for the faithful party goers who had gathered for the midnight “Coco Loco” (balloon) drop. Those in attendance received party favors and enjoyed the company of good friends and live music by D Cover Ups band.
A huge crowd also gathered at the Holiday Hotel for the New Year’s dance with music provided by DJ Busch. There were plenty of party favors, Jello shots and hors d’oeuvres. At midnight all in attendance raised their glasses with champagne and shared hugs and well wishes for a bright and prosperous 2014. 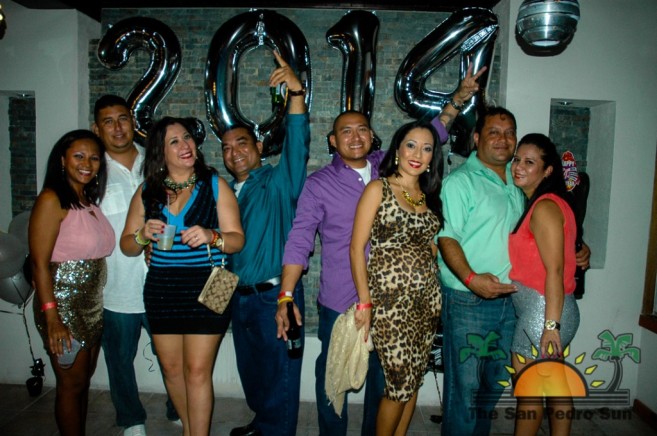 According to San Pedro police the New Year’s Day celebration went through without any major reported incidents. The San Pedro Sun joins in wishing everyone all the best for the New Year 2014.