« Older: 2 years in a row -Ambergris Caye is #1 island in the world!!
Newer: » Two tourists receive minor injuries after a gun accidentally goes off


A boat accident involving a cargo barge from San Pedro Town has forced the closure of the largest commercial port in the country, Port of Belize Limited. The accident occurred around 4:45AM on Tuesday February 18th when a vessel belonging to Krystal Shipping slammed into the port docking facility, seriously damaging three beams that hold up part of the port structure. The Belize Port Authority has opened an investigation to find out what caused the accident but the Port of Belize has indicated that the damages and losses to business can be in the hundreds of thousands. 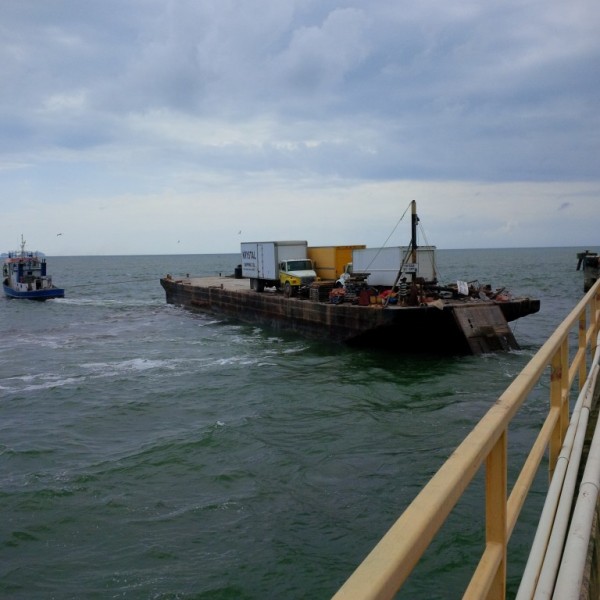 Speaking to the media, Chief Executive Officer of the Port of Belize Limited Arturo “Tux” Vasquez said that it will take a minimum of six days before the repairs are completed. “The effects arequite significant really because it puts the pier out of commission and obviously we are still in the stage of assessing everything and the priority for us right now is to make sure that we get this [port] fixed. We thought that it was only one of the beams but apparently it damaged all three, so instead of having to replace one, we are looking to having to replace three beams now. The engineer is currently looking at it and trying to put all the plans in place, but for us even to replace one beam, we would have to close the pier off, so initially we thought about four days, but I think now we are realistically looking at about six days.” 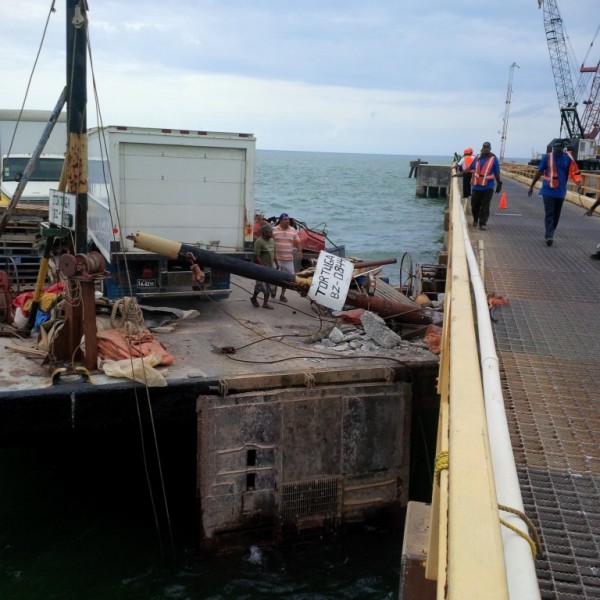 The cost for the work of repairsto the port is just one aspect of the problem since the Port of Belize Limited is the major port for Belize’s imports and exports. The closure of the largest port will slow the process for the flow of goods to and from the country. Vasquez said that agencies that use the port have been notified of the situation but The Port of Belize Limited will have to revert to plan B. “So we should be able to work with ships that have their own crane onboard and we are planning right now to see if we can get those ships to offload onto barges that would then bring the containers into the low berth area. That, [the way] I understand, it had been done before and that’s the way we will accommodate. The shipping agents of course can make their own decision as well, some of them are thinking of perhaps turning back and missing one ship, one line coming in and perhaps just delaying their shipment by another few days or so. It is something for everybody to think about.”

Minimal cost of damages to the port has been estimated at $150,000 but the loss of revenue as a result of the closure of the port can raise the figure by up to $300,000.

The Belize Port Authority has been tasked to investigate the accident and to establish how the cargo barge ended up under the port bridge. At the time of the accident, the barge was heading to the low berthing dock which is a few hundred feet away from the main pier at the port. Preliminary investigation suggests that barge operator may have lost control of the barge which led to the vessel to drift eventually slamming into the main beams of the port.