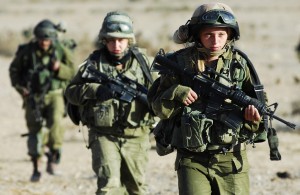 The Government of Belize and the Government of the United States of America have approved a joint Belize Defence Force and U.S. Military training exercise to take place here from March 5 to 14. The exercise, titled “Fused Response 2014” will be conducted by the Belize Defence Force, along with members of the U.S. Armed Forces. The training events will be held in the Cayo District and in the San Pedro,Ambergris Caye.
The joint training exercise, in which approximately 500 military personnel from both countries will participate, is aimed at improving the interoperability of the participating forces and increasing their capacity to confront common threats, such as organized crime and illicit trafficking. The Belize Defence Force, U.S. Southern Command and Special Operations Command South conduct military activities every year, which keep them updated on the advances in the areas of military operations, readiness, and the mutual interaction between both militaries. Observers to the exercises will include military personnel from Canada and Brazil.
During the conduct of the exercise, the public is asked not to be alarmed at the sounds of simulated explosives, gunfire, and low-flying aircraft. Training activities will be conducted with strict adherence to security procedures that will prevent harm or injury to any member of the public.
For more information and imagery of the exercise, please visit the Belize Defence Force website at http://www.bdf.mil.bz and the U.S. Embassy in Belize website at http://belize.usembassy.gov.